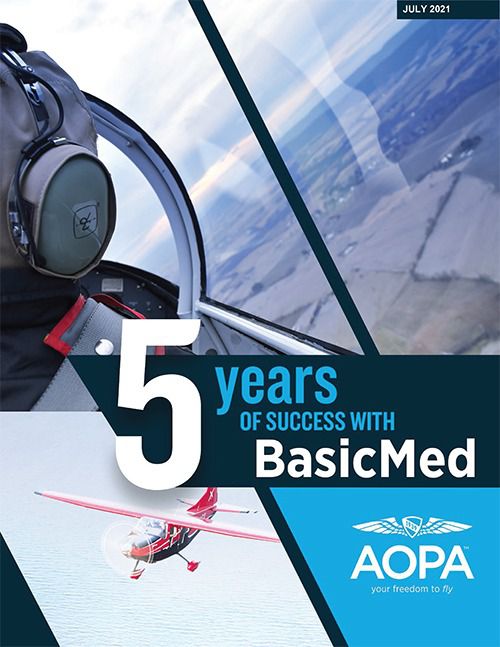 What started earlier this year as a novel legal interpretation of FAA regulations by a U.S. Court of Appeals has evolved into a full-blown policy dispute between the agency and some of aviation’s alphabet soup. As we explored in our June issue, the court’s interpretation is that FAR 91.315 “does not provide an exemption for limited category aircraft to be used for flight instruction,” which is at odds with the FAA’s long-standing regulatory treatment of the activity. Since then, the agency has dug in its heels and managed to get AOPA and EAA, among others, to use words like “simply unacceptable” (AOPA) and “a scary example of how new interpretations of the regulations can upend the entire community” (EAA).

On July 12, 2021, the FAA published a policy clarification “on flight training for compensation in certain aircraft that hold special airworthiness certificates including limited category, experimental category, and primary category aircraft.” According to EAA, the FAA’s position is that “any instructor is ‘operating’ an aircraft, regardless of who owns, rents, or otherwise uses the aircraft, and regardless of whether the use of the aircraft is compensated. Therefore, paying any instructor to provide training violates the language of FARs 91.315 (Limited), 91.319(a)(2) (Experimental), and 91.325 (Primary).”

In mid-July, five years after legislation enabling BasicMed was signed into law, AOPA marked the milestone with a report from its Air Safety Institute noting that “the GA accident rate, based on National Transportation Safety Board data, including BasicMed pilots, is at its lowest level in decades.” The association helped lead the push for what it calls “long-overdue medical certification reform,” which it says “has kept safe pilots flying and free from unnecessary red tape and delays over the past five years.”

“With hundreds of thousands of general aviation pilots in the United States, I am encouraged that we are experiencing the best safety numbers in years, even while the skies are busier than ever. The data clearly show that BasicMed has been an undeniable success,” said AOPA President Mark Baker.

Mexico and the Bahamas have embraced BasicMed and now allow U.S. pilots flying under this medical certification alternative to enter their airspace and land at their airports, the association noted.

Also according to EAA, “The FAA explained in their policy statement that the previous policy on LODAs [letters of deviation authority] was erroneous. The stunning turnabout meant that tens of thousands of rule-abiding warbird, homebuilt, vintage, and other pilots and instructors are instantly out of compliance with the Federal Aviation Regulations.”

Both AOPA and EAA view the new FAA policy’s solution—an online process by which instructors and owners may obtain a LODA—as an interim one “until a permanent rule change that returns the common-sense flight training policy for this aircraft category, and the safety standards that are present with it,” as EAA put it.

For its part, AOPA President and CEO Mark Baker said his organization finds “a new FAA invoked paperwork process to simply obtain ‘approval’ to do what pilots have already been doing safely for years is simply mindboggling.” In a July 11 letter to FAA Administrator Stephen Dickson, Baker wrote, “We urge the FAA to withdraw or invoke an immediate stay of the recent ‘notification of policy’ for flight training in experimental, primary and limited category aircraft. This directive is simply unacceptable to the general aviation community and, together, we will pursue all options available to bring much needed clarity and common sense to this issue.”

Compounding the situation, the FAA apparently is taking to court flight instructors who relied upon the agency’s decades regulatory treatment of such activity. According to AOPA, “the FAA is prosecuting flight instructors who volunteered their time instructing in limited category aircraft and didn’t receive a penny for doing so, arguing the volunteers had received compensation.”

Since a negotiated truce between industry and the FAA seems unlikely, Congress has gotten into the act. On July 22, 2021, legislation was introduced in the U.S. House and Senate “to clarify that individuals engaged in aircraft flight instruction or testing, including phased testing of experimental aircraft, are not operating an aircraft carrying persons or property for compensation or hire.”

In the Senate, Sen. Jim Inhofe (R-Okla.) has introduced S. 2458 with two cosponsors, Sen. John Boozman (R-Ark.) and Sen. Angus King (I-Maine). In the House, identical legislation, H.R. 4645, was put forth by Rep. Sam Graves (R-Mo.), the senior Republican on the Transportation and Infrastructure Committee, the panel with jurisdiction over the FAA. Text of the bills was not available as this issue of Aviation Safety neared its deadline.

According to AOPA, Rep. Graves issued a statement calling on the FAA “to return to a ‘commonsense’ policy.” “The FAA’s recent change to its longstanding legal guidance on flight training put 40,000 general aviation pilots in regulatory non-compliance overnight,” he said. “Besides creating a significant amount of confusion, the FAA needlessly added more bureaucratic red tape for pilots that does nothing to improve aviation safety. In fact, the FAA’s actions are actually creating safety concerns because they undermine a basic principle of aviation safety that a pilot should be trained in the aircraft he or she will be flying. This bill restores the FAA’s previous commonsense interpretation of these flight training regulations and reestablishes a system which had been in place and working for decades.”

Sen. Inhofe was quoted by AOPA as saying, “America’s aviation community is vital to our nation. That’s why I introduced the Certainty for General Aviation Pilots Act, legislation that will remove needless bureaucratic burdens that hinder pilots from flying aircraft tomorrow that they were able to fly yesterday. This bill would remove new and unnecessary regulations and get pilots safely back to the skies. I am proud to fight for their priorities in Congress and I look forward to working to getting this bill signed into law.”

Both organizations, plus other aviation associations, support the new legislation while keeping open their options for other solutions. For example, EAA said it “remains at odds with this recent rule interpretation. We will continue to use every option to remedy this FAA decision, including legislative, regulatory, and legal options, working on our own and in concert with other aviation organizations.” 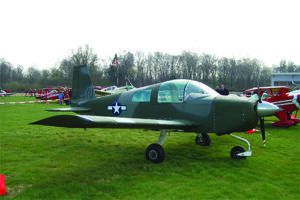 An AA–5’s outboard elevator attach bracket detached in January, causing loss of elevator control and significant damage to the airplane. “An investigation identified corrosion and delamination of the airplane skin bondlines around the area of the horizontal stabilizer where the elevator attach bracket was attached.” The new AD was scheduled to go into effect on July 27, 2021, with public comments due by August 26, 2021.