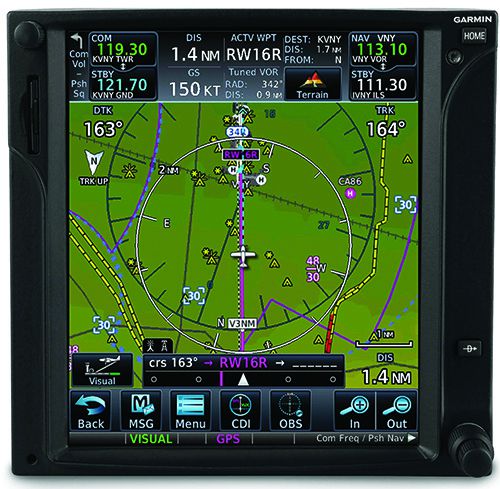 I founded a 501(c)(3) charity to combine my love of aviation and rescuing animals—dogs, cats, wolves, sea turtles, medical flights, discovery flights, angel flights…you name it. It’s similar to Pilots N Paws but open to all types of public benefit, not just saving animals. The charity owns and operates a 1982 Piper Turbo Saratoga SP, and we recently upgraded its avionics, installing a Garmin GTN 750xi as #1, moving a GNS 530 to #2. We went with a remote audio panel, as numerous people suggested. It seemed like a good idea, albeit a little weird not to have physical buttons. Little did I know this omission would cause an urgent situation later.

When the avionics installation was done and, thanks to Covid-19, I picked her up when no one was there. Flew her home without any problems. A few days later, we had a three-hour rescue flight.

While en route for the pick-up, several controllers said they had difficulty hearing me. Then the GTN 750xi just totally reset on me. Maybe an anomaly? We landed, refueled, loaded up and were on our way back, on top of a layer, in and out of clouds, when the 750 started going haywire. The screen was frozen, unresponsive to touch. I cycled the avionics master, but things got worse, with the 750 looking like a screen from “The Matrix,” with green lines. How do I switch to COM2? The 750 was frozen, unresponsive and stuck on a frequency I needed to change.

I discussed the matter with the controller, and he and another pilot on the frequency suggested landing at a nearby airport to sort things out. So that’s what I did. Luckily for me, there was an avionics installer on the field, who said he had never seen this happen to a 750 before. He pulled the unit for the serial number and called up Garmin to do a warranty exchange. While making alternate arrangements, we reinstalled the GTN just to see what would happen and, lo and behold, it booted to the home screen and allowed us to switch to the trusty 530.

The avionics guy explained there is a failsafe: pull the audio panel’s circuit breaker and it will switch to COM2. Wish the avionics installer had told me. Wish I had asked; this would have been helpful information.

My takeaways? Spend time with the avionics shop discussing what happens when things go wrong with the new equipment. Have a reliable backup handheld with multiple power sources and an external antenna. When you have an urgent situation, have a plain conversation with ATC. Remember to fly the plane. There is no need to charge ahead to your destination. Land immediately and sort the situation out on the ground. Aviators, ATC and strangers come to the rescue when you are in these situations.