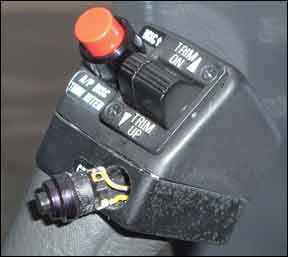 In 1984, after some 15 years flying mostly single-engine Cessnas and a Mooney 231, I bought a three-year-old Cessna 340 to handle my increasing number of business trips. I had noticed the 340’s autopilot did not always engage properly; the button was a little sticky and sometimes I had to push it pretty hard to get it to work.

One business trip had me in Princeton, N.J., on a day with a low overcast. During the meeting, I kept looking out the window at the sky as the ceiling lowered below my comfort minimums.

Nevertheless, I took off into a 200-foot ceiling: I had to get home for another meeting. As soon as I entered the clouds, I punched the autopilot button and contacted ATC. As I began writing down their instructions on my kneeboard, I sensed something was not right—I don’t know if things sounded a little different or it was the seat of my pants. I glanced up to find I was in a 90-degree left bank and my airspeed was about 80 knots!

I yanked the yoke to the right and pushed down hard. I don’t even remember looking at the altimeter, but all of this must have happened below 1000 feet agl. When the wings were level and I had airspeed, I pulled back on the yoke. By the time I looked at the altimeter, I was at 2000 feet, well above my 1500-foot clearance. I don’t scare easily, but what I just experienced caused my heart to race as fast as I can ever remember.

I realized the autopilot had never engaged. I had punched the button, let go of the controls and looked down, but the airplane was flying on its own—no pilot and no autopilot!

The controller didn’t seem to care I had busted my altitude and the flight continued—IMC just about all the way to my destination in Connecticut. At some point, I looked around the cabin and saw it was a mess—I had shoved forward so hard there were enough negative Gs to toss anything that was loose all over the place, including some caps over unused circuit breakers that had popped off. Soon, I landed uneventfully at home plate.

This was the dumbest thing I had ever done in an airplane and, almost 30 years later, still stands out in my mind. I still fly, with over 5000 hours, but I’m retired now, so I never fly on business—strictly for fun.

In general, it’s not a good idea for a nonprofessional pilot to fly for business reasons. Convincing yourself that you have to go, even if you are very tired after a long day and/or the weather is poor, is too easy and fraught with problems.

And never, ever trust the autopilot. When you engage it, don’t take your hand off the controls until you are certain it has really engaged. And still don’t totally trust Otto—after all, it really is just a computer driving a few servos, and after 50 years in the computer business, I know they can fail at any time.