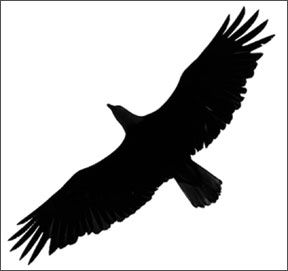 Even after many years safely operating general aviation aircraft, their ability to simultaneously frighten and educate never ceases to amaze me. One example came on an otherwise benign summer weekend afternoon.

IIs for a local flight. I had a trip coming up in another couple of weeks and wanted to make sure everything I remembered about the airplane was, in fact, correct.

After an hour or so of maneuvers and a few landings at a nearby non-towered field, I headed back to the barn. Soon, I was on a three-mile final, and had confirmed with the tower my gear was down. I looked up and forward to verify my position and that I remained on the glidepath. Thats when I spotted several-maybe 10-small birds, perhaps sparrows, angling toward me from the opposite direction.

You know how things happen too fast to react? That wasnt one of those times. Instead, as time compressed itself in the moments leading up to the impact, I had ample time to lift a wing, or pull or push the nose. I did none of that. “What are the odds?” I thought. Thats when I heard and felt a bird hit somewhere on the left side of the airplane. Looking at the wing, I couldnt see any damage and found nothing amiss with the controls. I briefly considered damage to the left main gear, but I still had three green and had to land sometime. It may as well be now.

Touching down gently on the right main, I didnt reduce all the power but let the left gear slide itself on. All was well, however, and I taxied to the ramp.

Post-flight inspection found a small feather trapped in the fresh air vent at the left wing root. Thats it. By the look of things, its entirely possible-but unlikely-the bird suffered nothing more than the elevated pulse I experienced.

To me, the value of this tale involves not overreacting to suspected problems with the airplane. It would have been very easy to declare an emergency and call for the equipment. And while that certainly may be appropriate next time, calmly assessing the airplanes condition while maintaining control and not changing its configuration was the correct thing to do close to landing. Too many pilots overreact to a suspected bad situation, only making it worse.