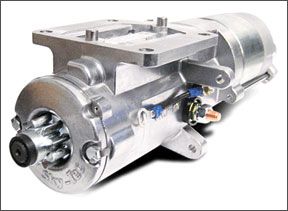 During flight, the autopilot started to disconnect on the pilot. On the third attempt to engage the autopilot, the aircraft made a sudden, uncommanded 1500-fpm descent. The pilot used control-wheel steering and the autopilot disconnect button, but

the autopilot would not disengage. He overpowered the autopilot to regain control; the autopilot remained on after he pulled the circuit breaker. He recycled the breaker and was successful in disconnecting the autopilot. The pilot also reported the electric trim switch seemed to work backwards. Maintenance personnel found water accumulated behind the rear curtain where the pitch servo is located.

While in cruise at 4000 feet msl, this engine (installed in a Piper PA-28R-201T) failed. The pilot made an unscheduled landing at a nearby airport. Subsequent investigation revealed a shaft sheared on the oil pump drive gear (p/n: 654720BPC).

Fuel stains were noted on the intake manifold below each cylinder intake port and between the cylinder head fins during a routine oil change involving the Continental TSIO-520-NB engine installed in a Cessna 414A. A differential compression test revealed low compression on number 1 and 5 cylinders. All cylinders were removed for further inspection, and each had cracks emanating from the top spark plug boss to the intake valve area. A mandatory service bulletin covers this defect, but it applies to earlier serial-numbered cylinder assemblies.

The original starter, installed on Lycoming TIO-540-AJ1A in a Cessna T206H, failed at 433.4 hours. After installing the new starter, we started the aircraft five times-it operationally checked good. That evening the pilot tried to start the aircraft. He heard a growling sound. The starter mount had cracked through the bell housing. After repair, reinstallation and on the ninth attempted start, the starter again cracked at the base and around the bell housing.

While performing a pressure-decay test, leaking air was noted. A 0.75-inch-long crack in the aft end of the combustion tube (p/n: 88D70-15EL) was found near the radius. This heater had 98 hours since its last pressure test. A factory rebuilt unit was installed.