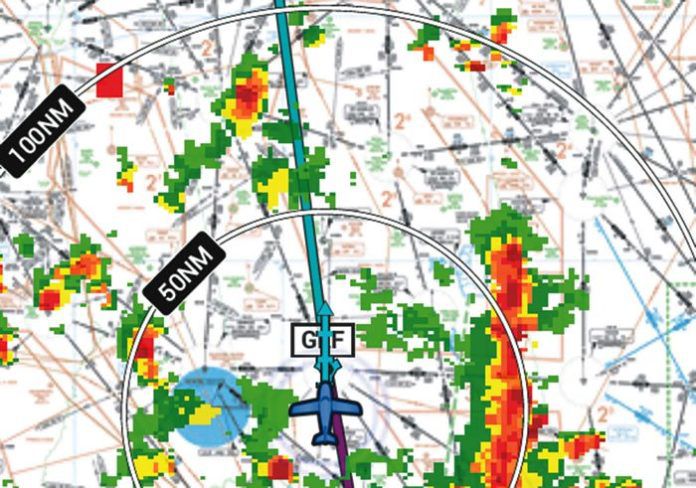 It had been a long day: Several hours breathing O2 in the low teens, covering more than 1000 nm. But I was on the ground, safe and sound, at Cheap Gas Muni. I was all topped off and on the takeoff roll for the short hop to Cheap Hangar Field. I had to do some broken-field running to get here late on this summer afternoon, but thanks to Nexrad and ATC, I was able to avoid the big bumps and hadnt even gotten wet.

On the way in for my fuel stop, Nexrad was showing some green with a few yellow splotches in most quadrants to my south, As I climbed out and turned toward my destination 20 nm away, I noticed the Nexrad picture now showed a splotch of green with my destinations airport symbol superimposed.

I wasnt too concerned; I obviously had plenty of gas, and there were other airports nearby. But it definitely was worth taking a look to see if I could get in, even though I might get wet. So I flew a slow semi-circle around the shower, from about three miles away, looking for the runway. By the time Id flown halfway around the shower, though, it was clear I couldnt get in to my destination any time soon. And it didnt seem to be in a hurry. Rather than mill about waiting for it to move off and burn all the fuel I just bought, I diverted to nearby Class C Regional, which I hadnt visited lately, anyway.

Arriving ahead of another shower, I managed to snag the FBOs crew car before a couple of students in a Skyhawk asked for it. We all went to a nearby burger joint while the storm soaked the area and moved off. By the time we returned to the FBO, Nexrad showed everything had cleared out, and it was dark. I mounted up and made the short hop back to home plate, putting the plane away without further drama.

But if I had checked weather before departing Cheap Gas Muni, I would have seen the storm sitting atop my destination. I could have waited it out where I was, and avoided an additional cycle on the airplane. So much for conducting a thorough pre-flight briefing.