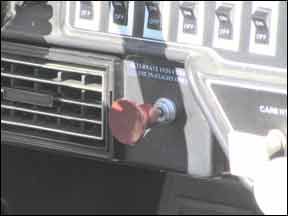 It was a beautiful July afternoon in Illinois. I was flying a Piper Arrow at 8500 feet msl, with no worries in the world. Weather was CAVU, and the outside-air temperature about 70 degrees F at this altitude.

Yet, I noticed the engine’s rpm would not stay where I set it. Airspeed also decreased accordingly. In response and mildly annoyed, I kept pushing up the power. It didn’t help. I also tried tightening the throttle quadrant’s friction lock, but that didn’t help, either.

Meanwhile, I was safe, still flying, and able stay at altitude and airspeed with throttle control. Then, the “Red Flag” popped up, and the lightbulb in my brain came on! Induction blockage!

Mr. Piper’s Arrow is powered by a fuel-injected Lycoming engine. We’ve all been told one of the advantages of fuel injection is eliminating the possibility of carburetor ice. But just because an airframe/engine combination doesn’t have a carburetor doesn’t mean it can’t suffer an induction-system blockage.

Instead of a carburetor heat control, aircraft equipped with fuel-injected engines come with an alternate air system, which bypasses the primary system, including the air filter. On the Arrow and many other aircraft, the alternate air system is designed to open automatically in situations where the engine is being starved of air. For some reason, my Arrow’s system wasn’t functioning on automatic today. Equally perplexing was why the blockage occurred in the first place, since they usually occur only in airframe icing situations.

I immediately reached down and engaged the alternate air system. In response to the new configuration, I received a welcome engine surge, with increases in both RPM and engine noise. The day returned to being beautiful.

The moral of the story is twofold:  Pay attention to any “Red Flag” that pops up, and investigate it thoroughly and immediately. Second, know the flight conditions and your airplane systems to prevent and correct any possible in-flight anomaly.