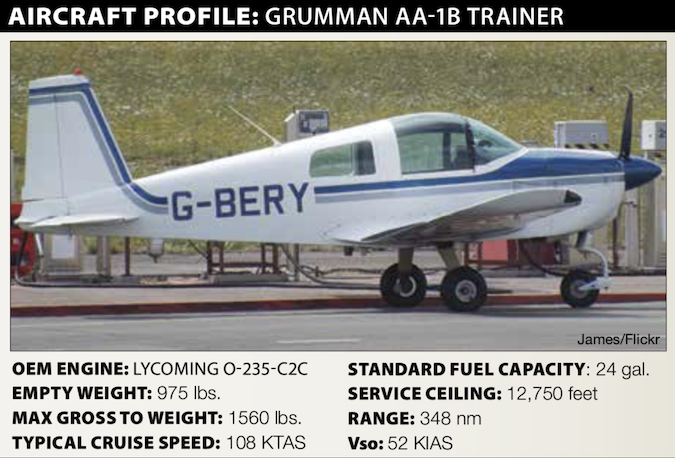 By the time a typical aircraft has a few years under its belt, it’s been modified from what rolled out of the factory. It might be additional or replacement avionics, a climb prop, vortex generators, auxiliary fuel tanks or a more powerful engine. It might be something relatively simple, like a ski tube or an external power port. For example, both my Beech Debonair and the Aeronca Champ I’m a partner in have seen performance-enhancing mods since they were new.

Of course, any changes to the original aircraft need to be documented, certified and experimental alike. Among the documentation should be some discussion of what impact the modification has on the aircraft’s performance. If there isn’t any change to performance, the documentation should say that, also, along with adjusted weight and balance data if necessary. The thing is, that doesn’t always happen.

For one, there are a lot of airplanes still out there flying around with mods that easily can be 30 or 40 years old. The FAA was a lot more…informal about modifying an aircraft back in those days, more informal than it is now. A result can be documentation that wouldn’t pass the laugh test at today’s local FSDO. It’s all quite legal, but older paperwork usually isn’t as detailed as its modern equivalent.

Another reason that doesn’t always work out is that stuff happens. Documentation from that era easily can be misplaced, mislabeled, superceded, illegible and wrong. My Champ is a great example, since it was built with a 90-hp Continental engine and today scampers around with a big, bad 115-hp Lycoming. Since it’s a Champ, and does everything at about 80 knots, there’s little practical impact except takeoff and climb performance. Oh, and fuel consumption. A lot of airplane mods over the years have been in search of more performance, and bolting on a bigger engine is a time-proven way to achieve that goal. That’s fine, but pretty much by definition they consume more fuel than the original airplane. We have to plan accordingly.

On August 29, 2017, at about 1920 Central time, a Grumman AA-1B Trainer was substantially damaged when it impacted trees and terrain while approaching to land in Portland, Tenn. The private pilot/owner and the passenger were fatally injured. Visual conditions prevailed for the local flight. Several witnesses reported seeing the airplane as it flew “low” shortly before the accident. They generally described it contacting treetops before impacting the ground in a nose-down attitude.

Two days before the accident flight, the pilot/owner’s grandson flew the airplane about 1.4 hours after topping the tanks. The grandson later stated the airplane had not flown since and the pilot did not purchase fuel before the accident flight. A portable GPS navigator was recovered from the wreckage and its data downloaded. The last recorded position was about 0.5 nm from a runway at the pilot’s base airport after a flight of 0.83 hours.

The debris path was about 200 feet long. The airplane came to rest upright on its landing gear on a heading of 130 degrees from the runway alignment. Continuity was established to all flight controls.

The engine remained attached to the fuselage and was subsequently removed for examination. After removing the top spark plugs, the engine was rotated by hand, with thumb compression noted on all cylinders. Valve train and accessory drive continuity was established. The cylinders were examined using a borescope, and no anomalies were noted. One propeller blade was bent aft, and neither of them exhibited leading edge gouging or chordwise scratching.

The right fuel tank was crushed and breached, and its fuel cap was missing. There was no fuel odor or browning of vegetation. The left wing fuel tank was intact and not breeched, but contained no fuel. The fuel drain line was opened, and no fuel was present in the lines. The fuel selector valve was in the left tank detent. The electric boost pump filter was removed, and less than a teaspoon of fuel was captured. The mixture and throttle controls were full forward.

The airplane’s original 108-hp engine had been replaced with one of 150 hp. The pilot purchased the airplane in September 2014, but available maintenance records didn’t reflect when that change was made. An updated pilot operating handbook or supplement that would have provided fuel consumption figures for the higher-horsepower engine was not located.

A review of its owner’s manual revealed the airplane held 22 gallons of usable fuel. When equipped with the original 108-hp engine, the airplane consumed 5.3 gph at 2500 feet and 64-percent cruise power. Endurance at this altitude and power setting was 3.9 hours. The manufacturer’s operator’s manual for the 150-hp engine stated it consumed 10 gph at 75-percent power settings and 8.8 gph at 65-percent.

Examination of the wreckage did not reveal evidence of any preimpact malfunctions.

The NTSB determined the probable cause(s) of this accident to include: “The pilot’s improper fuel planning, which resulted in a total loss of engine power due to fuel exhaustion.” And that’s as it should be.

According to the NTSB, “When the accident occurred, the airplane had been flown about 2.23 hours since it had been fully fueled. Based on the estimated fuel burn rate of between 8.8 and 10 gallons per hour provided by the engine manufacturer for the 150-horsepower engine, the airplane likely would have consumed its entire usable fuel capacity of 22 gallons about the time of the accident.”

It’s not plausible the pilot/owner didn’t know his airplane had the big engine. It’s also unlikely he didn’t understand that it burned more fuel than the one it replaced. And it’s not unusual for updated performance charts and even logbook entries to become misplaced after a pilot/owner crashes, so we shouldn’t read too much into the NTSB being unable to locate all the airplane’s documentation.

Despite all that, and our associated discussion regarding upgrades and documentation, this pilot took off without sufficient fuel to complete the flight. We’re really debating why he did that, not whether.

According to the NTSB’s Safety Alert, “Flying On Empty” (SA-067, August 2017), more than 50 accidents per year for 2011 through 2015 occurred due to fuel management issues. Fuel exhaustion accounted for 56 percent while fuel starvation was responsible for 35 percent. The Board has these suggestions for minimizing the risk of fuel exhaustion:

Know how much fuel you have onboard AT ALL TIMES.

– During your preflight inspection, measure and/or visually confirm the fuel quantity aboard. Don’t rely exclusively on fuel gauges.

– Know how much fuel you will need for a given flight.

– Make sure you have a fuel reserve for each flight.

– Know your aircraft’s fuel system and how it works.

– Review your aircraft’s POH and use the appropriate checklists.

– Don’t stretch your available fuel supply. Stop and get gas!