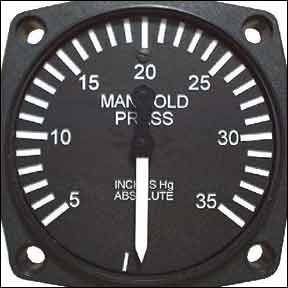 I am an active pilot with Pilots ‘N Paws, and was returning home to Wilkes-Barre, Penn., in my Piper Lance filled with dogs bound for their foster homes. The flight was progressing normally until we started picking up some trace icing at 7000 feet, so we elected to climb to 11,000 to find clear air and shed any ice.

Without a turbocharger, I was not surprised to see the manifold pressure resting at 21 inches at 11,000 feet. But as I leveled off at 5000 approaching home plate, manifold pressure remained at 21 inches instead of returning to the 24 inches expected. I tapped the gauge, thinking the needle must be sticking, but it remained at just 21 inches. It was then I noticed the indicated airspeed was just 120 knots. “That’s plain wrong,” I thought.

The engine was not delivering full power. Induction ice? Doubtful; we were in clear air most of the way home. Clogged intake? I opened the alternate air just in case. No difference: still 120 KIAS and 21 inches. I had lost 30 knots of cruise speed.

What now? I kept my eyes glued to the manifold pressure gauge as we got closer to Wilkes-Barre. So far, so good. It seemed not to be getting worse. Temperatures were good; fuel flow was fine. Still, my Garmin 496 was set to its nearest airport page, just in case.

Contacting Wilkes-Barre approach, I requested priority handling and explained our concerns. I was number one for the airport and cleared to descend to pattern altitude. “Nope; 5000 is just fine for now,” I responded. Why give up altitude I may need?

Entered a high right base, things were looking good, so I pulled off some power to descend. Which is when it really got interesting: Nothing happened! The throttle cable was either broken or disconnected: We were still at cruise power. The good news was we were plenty high. The bad news was that we couldn’t slow down. “Wilkes, we are now declaring an emergency.” The airport was mine.

It was then I remembered reading about a pilot who lost his throttle cable and used the mixture to control the engine. So, that’s what I did. It worked perfectly. The landing was a non-event and, after thanking the emergency crews, we unloaded nine dogs and rented a car.

So what did we learn? First, when a gauge looks wrong, it probably is. A lot of us fly old airplanes with “quirks” due to their age. Don’t dismiss any irregularity as just one of Old Bessie’s quirks.

Second, keep all the altitude you can when things go bad. We’ve all heard the adage a million times… that altitude is money in the bank. You don’t know how true that is until you really need it.

Third, read everything you can get your hands on about other pilots and how they handled their emergencies. You will be amazed at your “recall” ability, once the adrenaline is flowing.