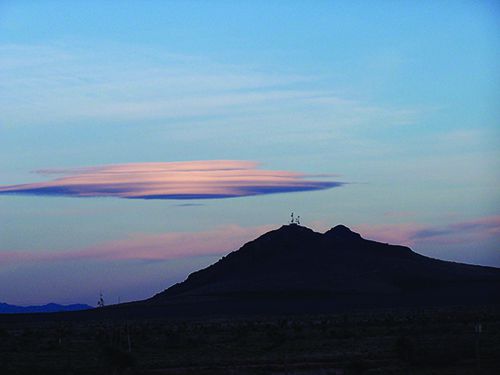 The mission was to help ferry a friend’s airplane from the U.S. East Coast to their new home in Nevada. Their Skyhawk was a tried and true friend, with a number of mods that made the trip less of an ordeal than it might sound. To complete the mission, I had planned a three-day jaunt, most of it through the South and Southwest U.S.

Day One of our trek was uneventful and Day Two saw us motoring west from Arkansas, headed for a planned overnight in Albuquerque, N.M. Winds at normal Skyhawk cruising altitudes had picked up, producing a stiff headwind, but the low-level flow hadn’t gotten with the program. We hugged the Texas terrain closely, suffering only a very minor hit to groundspeed before arriving at ABQ pretty much on-schedule. We looked forward to completing the trip the next day.

Checking weather the next morning, however, I learned the westerly winds hadn’t abated. Having flown the route before, I knew our low-level scoot the previous day wasn’t feasible and that climbing to a respectable cruising altitude would put us into some spirit-deadening headwinds. There also was an Airmet for light-to-moderate turbulence along our route.

In fact, the winds aloft forecast offered a 50-knot headwind, which would turn our planned one-stop final day into a lengthy, bumpy ordeal. As I thought about it, I knew the Skyhawk was more than capable of handling the conditions, but I was tired. In addition to the preceding two days filled with flying, I’d had a busy couple of days leading up to our departure.

What sealed the deal, though, was the realization that the forecast 50 knots of wind at altitude was greater than the airplane’s stalling speed. Combining the need to stay below maneuvering speed for the turbulence and factoring in the headwind, it was going to be a long, tiring day of watching the cars pass us below,

I explained what we were facing to my passenger and we both quickly decided that spending the day in Albuquerque was the better choice. We saw the sights, loaded up on the local cuisine and got a good night’s rest. Conditions the next day were much better, and we made it to our destination without further drama.

The lesson I learned is that, no matter the mission, poor weather sometimes forces us to stay on the ground. The old saying, “If you have time to spare, go by air,” exists for a reason.