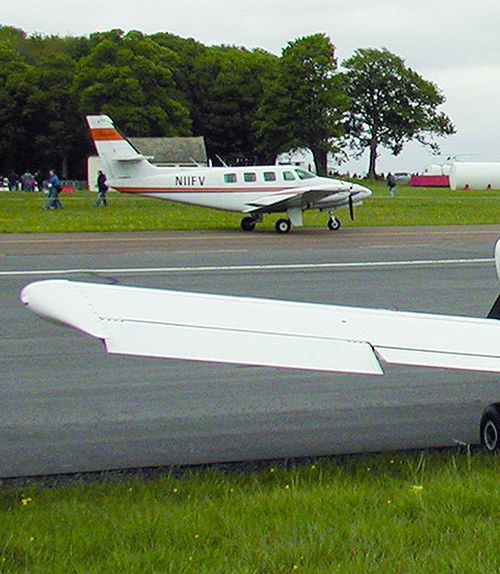 The right aileron outboard attach disconnected in flight due to improper installation. On inspection, pick-up points for aileron attachment had been missed internally due to difficulty in visual alignment in between skins where failed to engage hinge. Previous log book entries show the aileron had not been removed since 1990. The pressure of the overlapping skin is enough to simulate the outboard attach hinge is installed correctly.

During the annual inspection, both ailerons were deflected down six degrees when the control yoke was level, failing to meet the deflection limit in the type certification data. It appears the faulty rigging occurred when the controls were reinstalled after the airplane was painted. The ailerons were rerigged IAW the approved maintenance manual.

Inspection of the control surfaces found the ailerons did not reach their travel limits and push rods were hitting the forward spars of the lower wings. Also, the elevator tab was unable to reach its limits. Both travel limits in the approved maintenance manual dated May 1998 give values for a model S-2C and not the S-2B IAW the revised FAA type certificate data sheet. We contacted the factory for an updated maintenance manual and were informed we have the current version.