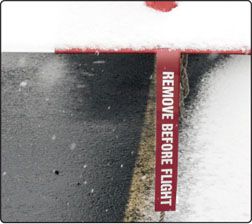 Lather. Rinse. Repeat.
It was an average Minnesota day in April, if there is such a thing. The temperature was in the fifties on the ground, with broken to overcast skies at 8000 to 10,000 feet. I was taking my King Air E90 down to Wichita at FL 210. In IMC at around 10,000 feet I first noticed the pilots airspeed drop off to about 40 knots lower than what I would normally expect to see in a 1000 lb.-under gross climb. Both pilot and copilot pitot heat systems were activated. The copilot airspeed was about 160 KIAS-about right-but the pilots was down around 120 KIAS. I had a trace of rime ice and assumed the pilot pitot tube had burned out.

Then the pilot-side VSI and altimeter began to disagree with the copilots side. The pilot-side VSI stuck at zero, when it should indicate a 1000-fpm climb. Two independent GPS-derived altitudes were 2000 feet higher than the pilots altimeter; GPS groundspeed was as expected, around 200 knots.

In the E90 King Air, the pilot and copilot pitot/static systems are completely separate, and the alternate static air source is for the pilots side only. I pulled it. The copilots instruments were without change. Immediately, the pilots altimeter climbed 2000 feet. But the airspeed dropped to 40 KIAS.

I was still in IMC and had disengaged the autopilot. Engine gauges and the electric and suction AIs all displayed normal indications. The King Air is very quiet, especially with noise canceling headsets and determining engine power output or airspeed by sound is impossible, at least for me. I never thought I would have to fly a twin turboprop by pitch and power, but this is what I had to revert to.

Eventually, I flew into VMC, and remained in good weather to my destination. On descent, the discrepancies between the pilot and copilot instrument began to disappear at around 10,000 feet MSL, and all instruments agreed with each other and the airport elevation when on the ground in Wichita. The freezing levels in Minnesota and Wichita were the same, right at 10,000 feet.

The plane had been washed the day before the trip with no covers over the pitot/static entry points. After this experience, I asked the outfit that washed the plane if they would sump and blow out the pitot/static system, which they did. The problem went away, never to return. Of course, the maintenance outfit denied they found anything, and maybe they didnt. But I also didnt get a bill for it.

The cruel irony of this trip is that I was just shy of 12 months since the last annual simulator training, and I was going to Wichita to Flight Safety to refresh. I did ask them to drop the partial panel section for me from their syllabus-I felt adequately trained in that area.

My theory is that water had gotten into the pitot/static system and contaminated both pilot, copilot and alternate systems, only showing itself right at the freezing level. Ill never know for sure, but I now cover the pitot/static entry/exits when washing the bird.