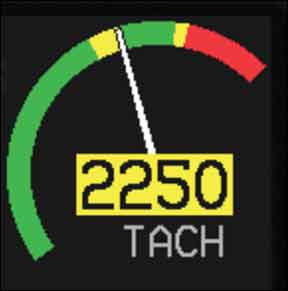 Our primary training accomplishes many things. It helps us explore the many things we need to know to safely operate an aircraft, gives us the opportunity to develop previously unknown skills and teaches us how to perform simple tasks. By the time we earn a pilot certificate, many abnormal or emergency situations should be second nature, something I learned the hard way.

Last year, on a flight from Sebring, Fla., to nearby Sarasota, the Remos G3 in which I earned my sport pilot certificate, began to experience a vibration. It was slight at first, but continued to worsen. We—my wife and I—are new to flying and I have less than 50 hours. Our flight was at 2200 feet msl in clear and calm weather.

I reduced rpm and began to think about the possibilities. First things first: “Fly the plane,” my instructor had beaten into my head. “Okay,” I thought to myself, “we are maintaining course and altitude.” Next, I considered informing my wife of the problem, but that soon took care of itself as the vibration became almost as loud as the Rotax and rpms began to drop. I had just been handed off to Tampa Approach, so I let them know I had a problem, in fact, an emergency.

I did not have time to consult the printed checklist, so I just asked my wife to tighten her belt and help me look for an open field. As we began to descend, I remembered to set up for best glide, make a final decision on a field and position the airplane for an approach. Of three immediate offerings, I selected a field off my side that was long and wide with few obstructions. The other choices were a furrowed field of some type of crop and a golf course. I actually processed these and checked off the plowed field for fear the furrows would put us upside down. And I rejected the golf course and the many twists and turns in its fairways.

The field I selected had some type of growth but it all appeared to be the same height and there were no indications of ditches or fences. The approach wound up being a little short but the engine gave me a few hundred more rpm—which got me over the small trees at the approach end—before it seized completely just as I flared. The doors were unlatched and the nose was as high as it would go as we settled into the tall grass. It was a bit rough and the noise surprised me, but the landing went very well and neither the aircraft nor its occupants suffered any damage.

My primary instruction, which was only a few weeks in the past, helped keep the anxiety under control and made the outcome successful. My instructor and I had gone through many in-flight emergencies and my examiner let me fly the plane down to about 400 feet before we applied power and climbed out. That recent practice was helpful, as I was able to visualize what it was like to look out at a farm instead of an airport runway.