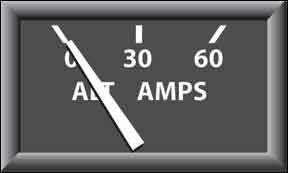 I am a newly certified private pilot with 100 hours in a Cessna 172 Skyhawk. My Learning Experience took place March 3, 2013, on a relatively short flight from New Hudson, Mich., to Flushing, also in Michigan. Looking back, I should have immediately recognized the telltale signs of an electrical problem, but didn’t.

The first sign of trouble came shortly after takeoff when the number 2 comm radio failed. I copied the frequencies down and transferred them to the number 1 radio, then turned it off. I should have realized a bigger problem was underlying the failure. For example, I did not check the ammeter or other electrical system components for symptoms of a greater problem, an oversight on my part. The rest of that flight was uneventful and, after landing at Flushing, my daughter and I walked into town for breakfast.

Upon returning to the airport and flight line, we were greeted by what acted like a dead battery: The prop cranked slowly through two full revolutions and stopped. The FBO was open but there was no one in sight. After a few phone calls, a flight instructor arrived and kindly offered to hand-prop the Skyhawk. The engine fired on the second try and we shook hands.

Just after take off from Flushing, however, the number 1 comm failed, along with the transponder. We were only 30 minutes away from my home airport, so we kept an extra-vigilant look out for traffic, especially when entering the traffic pattern. That`s when I found the electric flaps also were inoperative. The ensuing no-flaps landing wasn’t a problem.

But my inexperience prevented me from properly evaluating this problem at the beginning of the day’s flying. The cause was an alternator failure, a problem I will not miss next time. Thankfully we were not stranded away from home, and the only real impact was a good story to tell others.