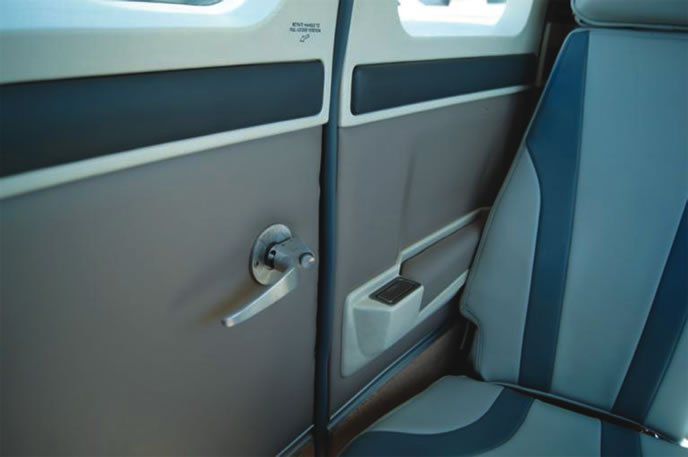 Almost anyone who’s flown a passenger has at least one open-door or open-canopy story. Here are two of mine.

The plan was for a full day of flying, and we were getting an early start. My right front seat passenger had done this before, so I more or less delegated securing the cabin door to him. We took off, and immediately realized the door’s upper latch hadn’t engaged. During my pre-takeoff checks, I usually reach up and push against the door’s trailing side to ensure the latch was engaged. I didn’t this time.

For whatever reason, probably a combination of embarrassment and wanting something longer, I didn’t want to just make a circuit in the pattern and land, but turned on course with the intent of landing at a nearby airport to fix the problem. Which we did. We rolled out, taxied to the ramp, parked and set the brake. Only then did I stop flying the airplane to worry about the door. Opening it, shutting it and turning the door handle over-center secured it. I released the brakes, taxied out and took off, only 10 or so minutes behind schedule.

On another flight years earlier, I had something similar happen with a first-time flyer at the door. This time, I did check it before takeoff, but was flying one of those mid-1970s Cessna 150s, in which worn door latches and unbalanced main wheels combined to produce a 10-hour MTBDO (mean time between door openings). It was my turn.

In both cases, the door was of little concern. I noted the problem (door’s open), began coming up with a plan to fix it (make a safe, unhurried landing), flew the airplane without regard to the door (it’s only impact was a noisier cabin), landed and stopped the airplane. Only then did I divert my attention from flying to closing the door.

Prevention is the best policy: check it before takeoff. But if it does pop open like that, don’t try to close it until the airplane’s on the ground.

A Special Note
If you’ve ever wanted to see something you wrote appear in an aviation magazine with your name, here’s your chance. Each month, this space is devoted to giving readers the opportunity to share with other pilots something they’ve learned about flying aircraft. We’ll always assure anonymity if you want it, but we’ll be happy to put your name on it, also.