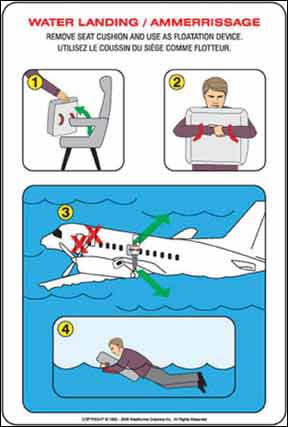 Briefing a passenger, as the FARs require, can be as elaborate as an airline-style event or as simple as, “Don’t touch anything.” Somewhere between the two extremes is the happy medium many of us employ when flying with non-pilots. I recently learned the hard way how presuming a person who is competent outside the airplane isn’t necessarily as good as when seated in it. I also have to share some blame for this event.

It was an early-morning departure, with a long day of flying ahead of us. The back-seater had never been in a personal airplane before, so I briefed her on how to use the seatbelts, where the exit door is and what to do in case there was a problem. Meanwhile, I’d flown with the front-seat passenger before in this airplane and knew him to be familiar with the routine and what to expect.

One of the items on my briefing for front-seaters is not to touch the door handle without permission. So he didn’t.

We cranked up, taxied out and took off just as the sun began to creep over the eastern horizon. Immediately, I noticed something was different but couldn’t put my finger on it until my front-seater asked, “Did you close this door, because it sounds like it’s open.” That got my attention.

Sure enough, the secondary latch was engaged, but the primary one—the one that would really close and secure the door—wasn’t. We landed at a nearby airport and closed the door on the taxiway, then took off again for our day of flying, which saw no further problems.

Later in the day, while droning along straight and level, I pulled out my checklist and tried to figure out why I missed checking the door. I discovered there isn’t a specific item on it for checking the door in the run-up or pre-takeoff sections. Instead, it’s buried up front, in a section I rarely use, and includes windows.

I’ve modified that checklist to include a final check of the door’s security after the run-up is complete. I learned you can never check things too many times.