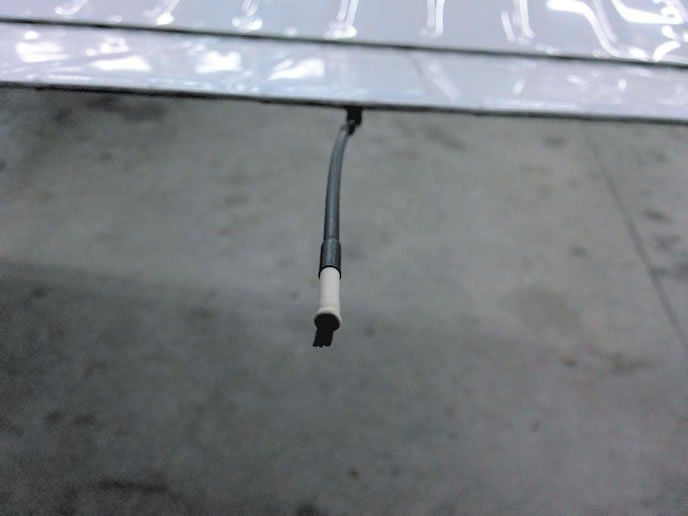 The takeoff and departure for the planned flight in a borrowed Cessna 172 proceeded normally. The airplane was equipped with two nav/comms plus a Loran navigator, but no autopilot. Soon, we had climbed into an overcast layer with moderate rain and were at 9000 feet over the Blue Ridge Mountains. The airplane was performing well and we were in IMC and steady rain.

I had been cleared along an airway to the southwest, but was hoping to get a shortcut direct to my destination, which was more southerly. I’d made the same trip before and knew ATC had to keep me on the airway at this altitude until a certain fix, but after that I likely could get direct. About the time we reached that intersection, things got worse. Suddenly, we were in moderate turbulence and heavy rain. There were no thunderstorms about, but this was a heavy shower.

As I was about to request direct to my destination, my headset started filling with static. The noise would build to the point it overwhelmed the radio’s audio output, then there’d be a “pop” and things would return to normal. Then the cycle would start again.

The comm radio was usable for the first 30 or so seconds after the pop, but ATC always was busy and I couldn’t get a word in. About this time, I noticed the Loran was generating an error message: it had lost its signal. Soon it came back, then lost signal again. I was too busy hand-flying in the turbulence to try the other comm radio but did manage to twist an OBS to verify my position; right on the airway.

The fierce static in my headset, followed by the pop, developed into a repeating cycle of about 90 seconds’ duration. The comms and the Loran were unreliable and the ride was rough. I had my hands full.

Finally, the pop cleared everything once again and no one was talking on the frequency. I managed to get out my routing request, was immediately approved, and banked away to the south. It wasn’t long before we’d left that shower behind and were in smoother air.

The airplane wasn’t equipped with static wicks, so when a charge built up, it had no place to go until it naturally discharged with a pop. I learned that any airplane intended for serious IFR needs them.