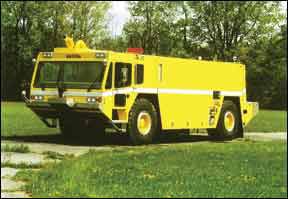 The mission was a relatively short weekend hop for my Comanche 250. Prior to departing, I called Flight Service, learned it would be a beautiful VFR day and filed an IFR flight plan. My two passengers, one of whom was taking her first flight in a personal aircraft, and I departed on schedule and had an uneventful flight. Until we prepared to land.

Nearing the destination, I was vectored to the downwind for a visual approach to the towered airport and began performing a GUMP check before landing. I pushed the toggle switch to lower the gear but nothing happened. I checked the circuit breakers. They were all okay. I hit the toggle again—and nothing happened again. I told the tower  the landing gear did not come down and we would fly straight-out and lower the gear manually. They asked if I wanted to declare an emergency. I replied, “Not at present.”

Several months before this flight, the Comanche Owners Society held a two-day seminar on the airplane’s systems. One of the topics covered was the landing gear. They had a plane up on jacks and all the attendees were shown in detail how the gear retraction system works. In addition, we all had the opportunity to lower the gear manually.

After successfully performing the manual extension procedure, I called the tower and told them I had the gear down. They wanted me to do a fly-by for verification, which I did, then was cleared to land. About this time I was asked the number of souls and amount of fuel on board.

On final, I could see two huge yellow emergency vehicles close to the runway, each occupied by guys in silver suits ready to accompany us down the runway. Getting close to touchdown, I told my wife (a non-pilot sitting in the right seat) to open the door a crack. I did not think to tell her why. We touched down beautifully and taxied to the end of the runway followed by the emergency vehicles. All was well as we rolled to a stop and were met by the guys in silver suits. They took some information from us for their report and told us we could go over to the FBO. While talking to the other pilots in the FBO I discovered the tower had declared an emergency for me and had closed the airport.

Later, I asked the friend that was with us on her first flight in a small plane if she was afraid. She replied she was not because I was so calm and seemed to know exactly what I was doing.

There was no mechanic available on the weekend to troubleshoot the problem, so we flew back home the next day with the gear down. I found out later that a circuit breaker had failed.

I’m grateful I’d been exposed to detailed systems training, thanks to the Comanche Owners Society. The lesson I learned is to know your aircraft’s systems, practice emergency procedures and follow your training.