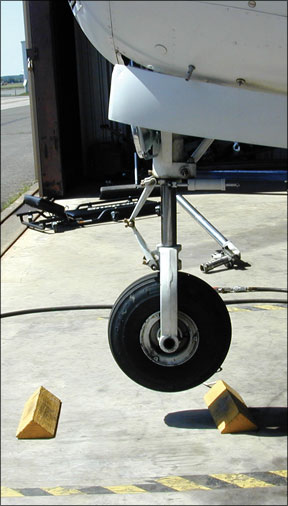 It was a beautiful fall morning, with clear skies. My five-year-old son and I wanted to get back in the air after annualing my Bellanca Super Viking a few weeks prior. We were feeling good about the airplane. Our adventure that morning: a simple sightseeing flight.

As we established a positive climb rate, I cleaned up the airplane and adjusted power. But when I slid the gear lever to the “up” position, nothing happened. Gone was the usual sound of the gear motor and the bump of the gear doors closing. The red “gear unsafe” light was illuminated and the three green ones indicating gear down werent. My gear was down, but not locked.

I performed all of the normal and requisite procedures. Still nothing. Next on the list was the emergency gear extension procedure. This is done in a Bellanca by slowing and pulling the emergency extension handle, allowing the gear to free-fall. The issue I was dealing with, however, was different: The three green lights were missing because the gear simply hung there-not entirely up and not fully down.

With the emergency gear procedure, I was able to get the two mains down and locked. The nosegear, since it falls forward, was different. Nothing I tried worked. After two hours, it was clear we were going to have to land without the nosewheel locked in place. To make matters worse, I was going to have to do it with my little five-year-old co-pilot next to me. a feeling no one should experience. Awakening him from a nap, I explained the situation, reminded him how to remove his seat belt, open the door and get away.

Touchdown was soft and the mains held. I pulled the mixture to idle cut-off and held up the Bellancas nose with full-aft yoke, waiting for the nosegear to make contact. But it just wasnt there.

Still turning slowly, the propeller struck the ground and stopped with a thump. The airplane tilted forward, with us looking directly at the runway just a few feet away. The sparks and noise of the propeller, stuck nosegear and fiberglass belly grinding away created sensations Ill never forget.

As we came to a stop, I shut off the master, then the fuel. The silence and stillness of it all was shocking. I unbuckled my son and said, “Lets go!” He bolted from his seat, now half-standing on the instrument panel, and climbed “up” and out. Just like we had rehearsed. At least my son was safe!

A few days earlier, I noticed the alternator light flicker but dismissed it as not particularly important. Later, I learned this indicated a failed or broken brush in the gear motor was causing a short. Should I ever notice an electrical system or alternator light, which indicates a potential or unexplained failure of a system, no matter how brief, I wont disregard it again. Next time, Ill have it checked out first and fly later. 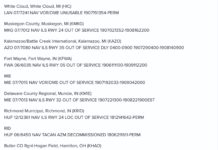