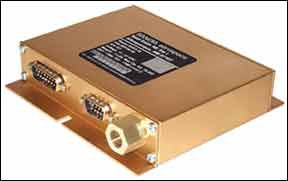 As a 1700-hour pilot with what I consider a set of prudent and safe practices, I knew my initial 10-hour engine break-in flights would be VFR-only. Certainly, there was no reason to take chances.

After liftoff on my second hour of break-in flights, I reported in to our local tower to make them aware I was out there flying around their Class C airspace, near Lexington, Ky. As I reported my altitude, 3000 feet, and well below the cloud deck, the friendly controller politely responded, “We show your Mode C as 2400.”

How could my altimeter suddenly be off 600 feet? I had confirmed both the local barometric pressure and altitude settings for my altimeter while on the ground with the AWOS. My aircraft has a Garmin 330 GTX transponder plus a GNS530W, along with an altitude voice alert system as an audible reminder of an approach’s minimum altitude. All of my other devices were reporting the ATC confirmed altitude of 2400 feet. So, as you might expect, I did what any safety-minded pilot would do: I climbed 600 feet, which put me edging up against the overcast layer.

Much more comfortable now that all other devices reported 3000 feet, I continued with the break-in mission. I considered dialing the altimeter down to 2400 feet, but did not as I wanted witness to the discrepancy.

As I was wrapping up my 10 hours of break-in flights, now comfortable flying the reduced altitude readout, I headed over to the local maintenance shop to perform the initial oil change. I informed my mechanic of the inconsistency of the altitude readings and he calmly assured me the altimeter was probably just fine…but that my Mode C encoder was most likely out of synch and ATC was receiving erroneous data from that hidden device.

That’s right! I had flown the previous six-to-eight hours breaking in two new engines at altitudes some 500 feet lower than indicated, believing what my friends in those comfortable ATC chairs had reported, as well as three out of my four installed avionics! It appears the only accurate altitude reading was coming from that “steam gauge” altimeter. The Mode C encoder was feeding the other three devices incorrect data.

Fortunately, I committed to no challenging or IFR flights, or approaches during this period, and I trusted the visual environment enough to execute 10-12 safe landings. Even with extensive flying experience, I learned there are things that I don’t know. I also learned much more about how interconnected a sophisticated avionics installation is and how a simple failure or incorrect setting can affect everything else. How else could three out of four be wrong?