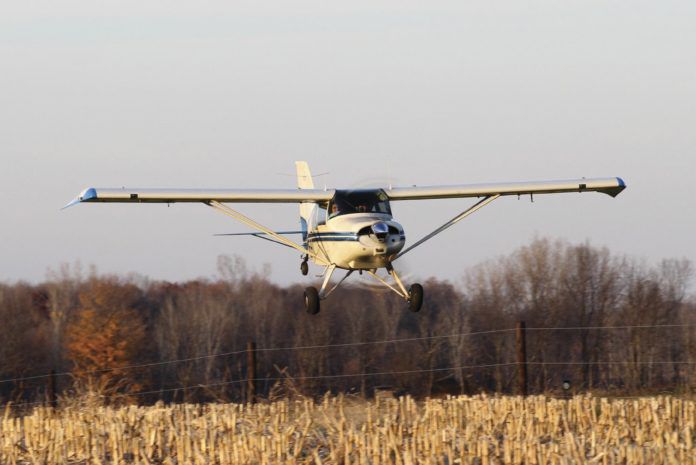 Pilots fly for different reasons. For some, it’s a living. For others, it’s recreation or personal transportation. Some want to go fast to distant destinations; some want to go slow because they’re not going anywhere anyway. It’s not uncommon for pilots to want to do all of these things at one time or another.

There’s no question that personal aviation can be exciting. But the ways we make it exciting can be problematic. For example, launching into a thunderstorm qualifies as exciting, at least for a while. If you survived, you’d certainly have a story to tell. The same is true for, say, attempting aerobatics without training or depending on the autopilot in lieu of an instrument rating.

One special category of pilots are those for whom going fast is important. Why? Because speed is relative. At altitude on a severe clear day, there’s little sensation of speed. We have to get close to something before our speed becomes apparent. And the risk with getting close to something is we might hit it. While untrained pilots who engage in such risky behaviors aren’t the norm, there’s enough of them that the practice has its own term: unwarranted low flying. Its use apparently has fallen out of favor, but the phrase “unwarranted low flying” has populated numerous NTSB reports over the years.

The risks of flying low-the definition of which can vary (see the sidebar below)-depend on the aircraft, topography and a host of other factors. But they all come down to hitting the ground with a lot of energy, perhaps after first hitting an obstruction. Sometimes, the reasons we collide with an obstruction can be complicated. And then there’s just being reckless.

On October 13, 2017, at 1734 Central time, a Cessna 172M Skyhawk was destroyed when it collided with power lines and then fell into the Mississippi River near Ramsey, Minn. The private pilot/owner and the passenger were fatally injured. Visual conditions prevailed for the flight, which originated from the Princeton (Minn.) Municipal Airport (PNM) at about 1705.

Radar initially recorded the airplane at 1708, and it then headed south. At 1731, the airplane turned southeast and flew for about a mile before reversing course to the northwest and proceeding along the Mississippi River. The final data point was recorded at 1733, with the airplane about 0.25 mile east of the Ferry Street Bridge. That turned out to be about 2.5 miles southeast of the power lines it struck. At no point did the recorded transponder information include Mode C data.

There was a set of four power lines installed across the river, which was about 190 yards wide at that point and bordered on both sides with wooded areas. To follow it in the accident airplane’s direction of flight would have required an approximate heading of 250 degrees. The airplane came to rest in 12 feet of water.

The power lines were installed with dual-pole supports on each shoreline extending to 47 feet agl, which also was the approximate treetop height along the river banks. According to witness statements, the power lines were equipped with red marker balls.

The airplane was recovered from the river two days after the accident. Its wings and cabin doors had separated from the fuselage by the time of recovery and were not retrieved. The aileron control chains, pulleys, sprockets and cable assemblies were intact to the left and right outboard fuselage, where they had separated. The elevator control cables remained attached to the bellcrank, which was damaged. Both the elevator and rudder control cables were continuous to the empennage.

The propeller assembly remained attached to the engine. One blade’s outboard portion was bent aft about 30 degrees and exhibited a two-inch-wide by -inch-deep trailing edge gouge near the tip. Immediately inboard of the gouge was a -inch-wide by one-inch-long discoloration consistent with electrical arcing. The throttle, mixture and propeller controls were in the full-forward positions when examined. The transponder was in the “On” position, rather than the “Alt” position.

On his most recent medical certificate application, the private pilot reported total civilian flight time as 300 hours, with 35 hours flown within the preceding six months. After the accident, the pilot’s flight instructor stated that the pilot was “reckless” when he flew because of his habit of low-level flying. The pilot’s father added that his son “was in the habit of flying at low altitudes along the Mississippi River.”

The pilot’s mechanic confirmed that the airplane was equipped with Mode C altitude-reporting capability. According to U.S. Naval Observatory data, the sun was approximately nine degrees above the horizon to the west-southwest (249 degrees) at the time of the accident, with sunset coming about an hour later.

The NTSB determined the probable cause(s) of this accident to include: “The pilot’s decision to fly along the river at a low altitude contrary to applicable regulations and safety of flight considerations which resulted in the impact with the power lines. Contributing to the accident was the pilot’s inability to see the (sic) and avoid the power lines due to their proximity to a bend in the river and the position of the sun at the time of the accident.”

The NTSB narrative added, “It is likely that the position of the sun in relation to the power lines hindered the pilot’s ability to identify the hazard as he navigated the bend in the river at low altitude. In addition, the location of the power lines relative to the river bend minimized the reaction time to avoid the lines.”

This appears to have been an accident waiting to happen, and ir’s the kind of thing that gives personal aviation a bad reputation. It’s difficult for the industry to police this kind of mindset when the pilot owns the airplane. And we don’t know if the pilot was “reckless” in other endeavors, But flying close to objects-like the ground-increases our risk, even if we have relevant training and have surveyed the site. It can be Darwinian.

How Low Is Too Low 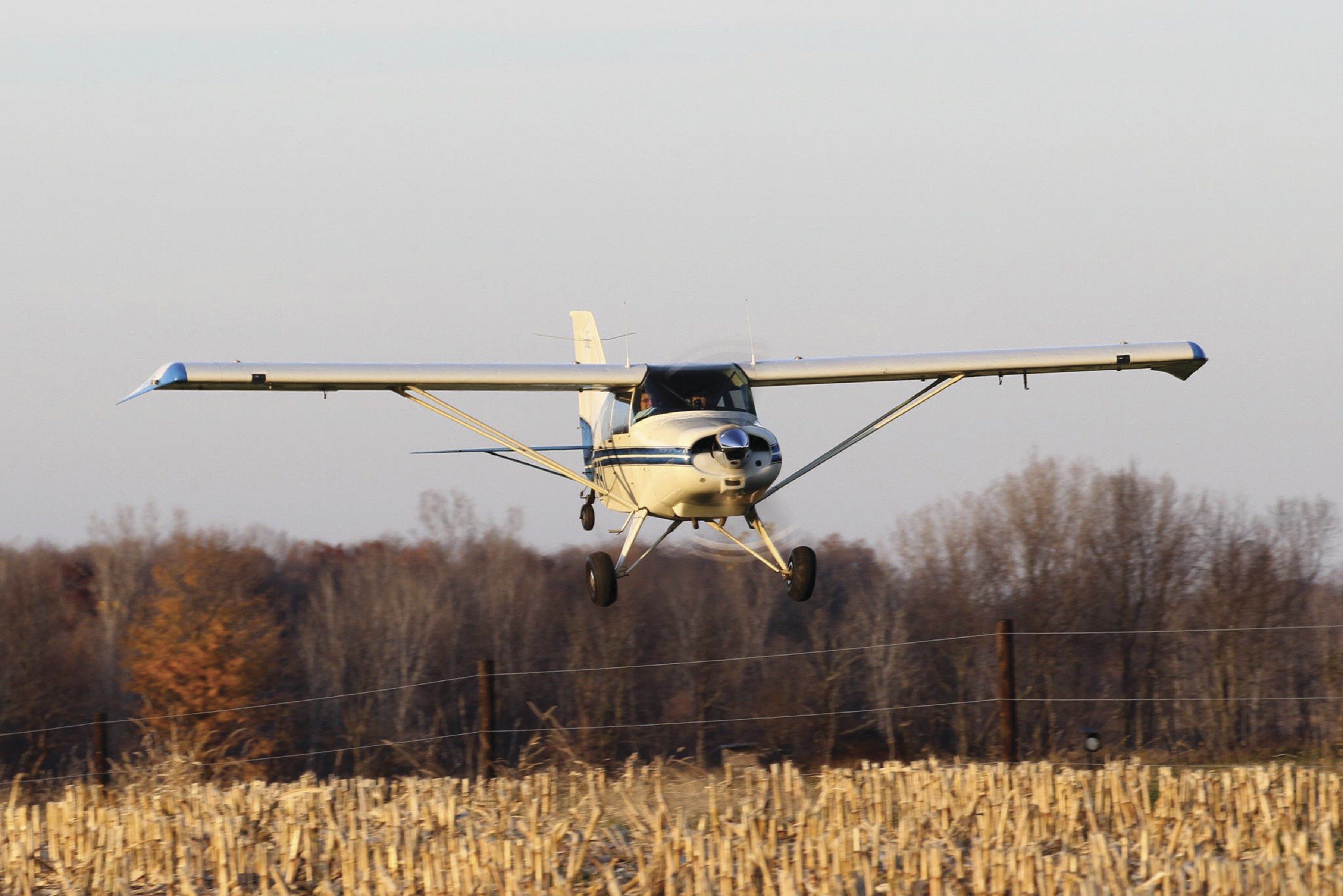 The FAA prohibits operating an aircraft “in a careless or reckless manner so as to endanger the life or property of another.” That’s in FAR 91.13. The FAA’s rule on flying airplanes at low altitude is FAR 91.119, which has three basic parts.

First, the FAA does not want you to fly lower than “an altitude allowing, if a power unit fails, an emergency landing without undue hazard to persons or property on the surface.” Makes sense.

Over congested areas, defined as any congested area of a city, town or settlement, or over any open-air assembly of persons, the FAR says you must be at least 1000 feet above the highest obstacle within 2000 feet of the airplane. (The FAA’s rule of thumb is that “small, sparsely settled residential areas are settlements” for purposes of determining whether an area is congested.)

Elsewhere, the agency wants you at least “500 feet above the surface, except over open water or sparsely populated areas,” and no closer than 500 feet to any person, vessel, vehicle or structure, unless landing or taking off.