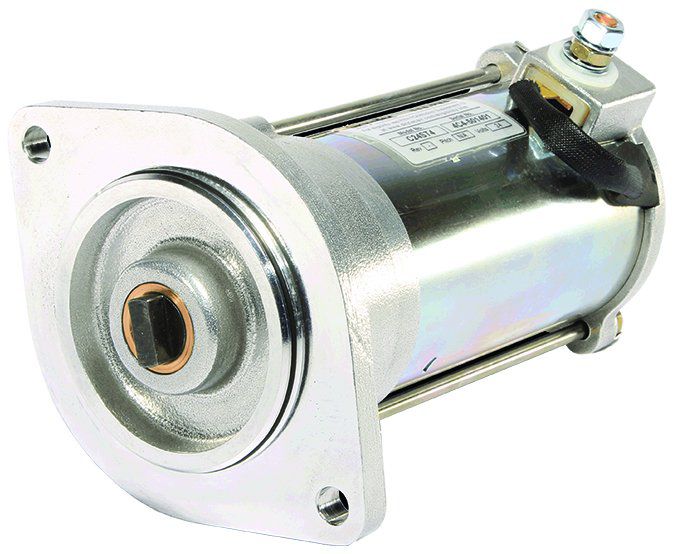 Starter had worked for two starts earlier in the day. On the third flight attempt, the starter didn’t work at all. Checked connections; they were tight and there was plenty of voltage indicated. Problem appeared to be in the starter (p/n 14924LS). Replacement starter worked fine.

Pilot reported the aircraft lost all power on landing. Inspection revealed battery, starter and starter relay at fault. Aircraft had a burned wire and exhibited a strong electrical odor. Found the starter drive had stayed engaged and the starter acted like a generator, overcharging the electrical system and causing the battery to fail. Possible cause of the problem is that the starter relay (p/n PM2407) failed to open once the engine started.

After engine start, the MAP, engine percent power and fuel flow indications became inoperative. Inspection revealed the MAP/fuel flow indication wire loom assembly was charred and burned. The hot spot was attributed to a defective starter (p/n C24ST3) that showed evidence an internal electrical arc had burned a hole through the starter housing. The excessive heat melted the wire loom and compromised the instrumentation’s wiring.

Starter failed on first attempt. When crew released starter switch aborting the start they noticed a small “puff of smoke” coming from under the cowling. Inspection revealed a burn mark on starter (p/n 657596) case at the base or attaching point on the outside. Starter circuit also shorted out.