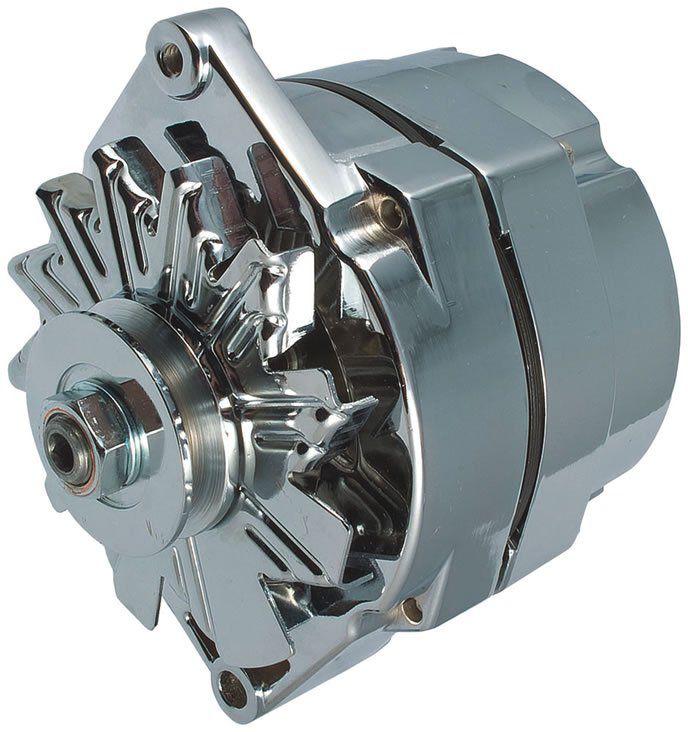 The alternator cooling fan came apart after takeoff, and parts punched a hole in the induction air box downstream of the air filter. Also, the alternator belt became loose in the engine compartment. Loss of power from engine FOD damage resulted in an uneventful landing back to the airport. The cooling fan had fractured at one of the fins’ spot welds.

During initial climb, crew noticed white smoke coming from the aircraft’s left side, plus a burning smell in the cockpit. The flight returned and landed uneventfully. Upon investigation, the alternator field brush had departed its holder, sending positive voltage out the ground wire, breaking it free of its connector and shorting on the firewall-mounted noise filter. The noise filter and alternator required replacement; the ground wire was repaired.

During acceptance inspection of new alternator, it was noticed that the slip-ring housing was clocked 180 degrees out of alignment out of the box. This plane has had several repaired alternators installed on it. The most recent alternator had only 131.1 hours before it failed and the one previous to that had 67.2 hours on it before it failed.