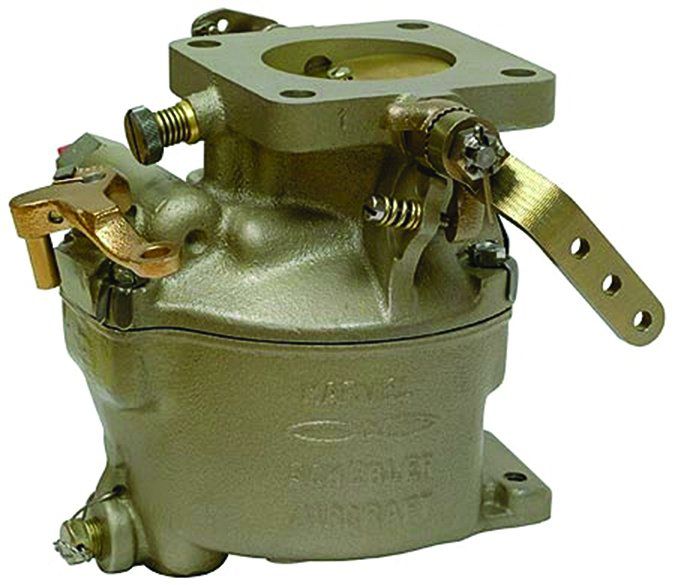 Engine lost power, causing aircraft to make an emergency landing, resulting in substantial damage. Investigation revealed microbial growth in the carburetor’s fuel bowl at the drain plug area, causing blockage at the fuel channel and subsequent loss of power. This could be avoided by removing the carburetor (p/n MA3) drain plug at specified intervals and draining any moisture that may accumulate in that area.

Pilots made a precautionary landing after they were unable to retard the engine throttle below 2100 rpm. Inspection revealed the accelerator pump discharge tube detached from the boss and had become lodged between the throttle plate and the carburetor throat, inhibiting throttle movement. Scratches were observed in the carburetor’s throat consistent with the discrepancy. This carburetor (p/n 105217) was shipped with an overhauled engine directly from the manufacturer.

Aircraft experienced a partial loss of power on departure at 1000 feet agl. After landing, engine roughness increased. During taxi in, max attainable rpm was 900. Problem determined to be fuel starvation: The boss in the bottom of the carburetor which receives the mixture shaft had rotated counter-clockwise in its housing, with the effect of pulling the mixture control knob.

Engine dieseled after shutdown, and leaked fuel at the seam between the upper and lower halves of the carburetor. All the screws and safeties were in place, but there was a definite gap between the two mating surfaces. Aircraft also was running very rich.