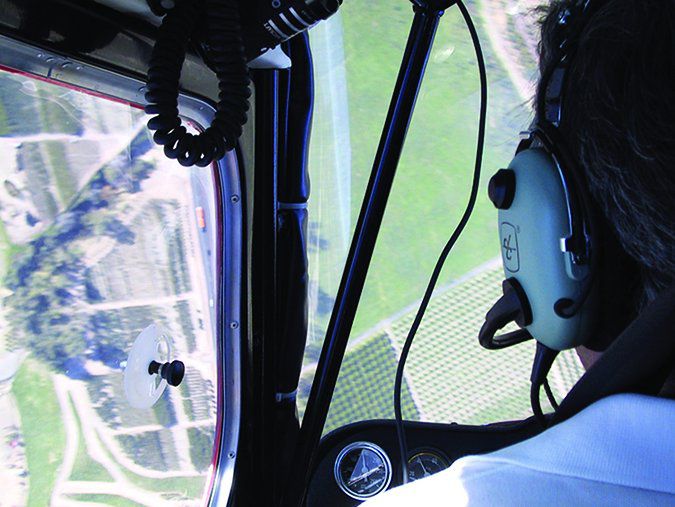 Spin training—instruction in how to enter and recover from spins—used to be part of the private pilot curriculum. It was discontinued a few decades ago, in part because it was blamed for a drop-off in the number of students who completed their training and earned their private certificate. These days, the only required spin training is for the initial flight instructor certificate and one of the most popular line of airplanes—the Cirrus SR20 and SR22—come with an airframe parachute in lieu of demonstrated spin recovery capability.

But airplanes still spin. Of course, no airplane will enter a spin without first entering a stall, and it was decided those decades ago that training to recognize and avoid stalls and spins was preferable to scaring the snot out of student pilots by forcing them into demonstrating spins before earning their certificate. Too, so-called spinnable airplanes—those preferably lacking gyro-driven instruments, which typically are damaged by repeated spins—were becoming rare. These days, flight instructor candidates in some parts of the U.S. occasionally experience scheduling and other delays when trying to obtain the required spin training in advance of their checkrides.

The industry seems to have settled on the current status quo as the answer to the dilemma of whether spins should be taught to primary students, especially since there’s nothing preventing a student from obtaining the training; it just doesn’t count toward the requirements for anything other than the flight instructor certificate.

Yet ignorance of spins and spin recovery seems to have taken its toll over the years. Much of the attention currently being given to loss-of-control accidents could be said to stem from the lack of spin-training requirements for primary students. Ultimately, it’s not at all clear how many accidents might be avoided if spin training once again was required. But here’s an example to add to the data.

Both wings were partially attached to the fuselage, with the left one bent downward about 45 degrees and the right one evidencing compression damage. The fuselage was bent at several locations and the bottom of the cabin was bent inward. The empennage section’s vertical stabilizer upper portion was damaged, but the horizontal stabilizers were intact. Flight control continuity could not be established on site, due to the precarious position of the airplane on the terrain. However, with exception of the right aileron, the flight control surfaces remained attached at all their respective attachment points.

The right aileron had sustained damage and was attached only by its outermost attachment point. The wing flaps were retracted and stabilizer trim was observed to be about – inch down from the neutral position. Examination failed to reveal evidence of mechanical malfunctions or failures precluding normal operation.

Recovering From A Spin

In the absence of the manufacturer’s recommended spin recovery procedures and techniques (which are published for the Skycatcher), the FAA’s Airplane Flying Handbook (FAA-H-8083-3B) recommends the following:

1. Reduce power (throttle) to idle
2. Position ailerons to neutral
3. Apply full opposite rudder against the rotation
4. Apply a positive and brisk movement of the elevator control forward of neutral to break the stall
5. After spin rotation stops, neutralize the rudder
6. Apply back-elevator pressure to raise the nose to level flight

The Airplane Flying Handbook also notes that the “most common problems in spin recovery include pilot confusion as to the direction of spin rotation and whether the maneuver is a spin versus spiral. If the airspeed is increasing, the airplane is no longer in a spin but in a spiral.” In a spin, the airplane is stalled and airspeed should reflect stall speed.

The airplane’s avionics created an electronic log of various parameters, including for the accident flight. That log was recovered from the accident site and downloaded by the NTSB. The data revealed that, after a touch-and-go landing at L08, the airplane climbed out and turned right. The airplane maneuvered for another 10 minutes before the data stopped recording at 0754.

The airplane’s pitch then decreased to a maximum of 69 degrees nose-low before stabilizing at about 30 degrees nose-low for the remainder of the recording. Altitude was decreasing at about 4500 fpm. The airplane’s bank angle went from 76 degrees left to 75 degrees right in about a second and then stabilized at about 10 degrees right for the remainder of the recording. A spin of 360 degrees about every two seconds was recorded during the final 20 seconds.

The NTSB determined the probable cause(s) of this accident to include: “The pilot’s failure to recover from a stall, which resulted in a subsequent spin from which he did not recover because he did not immediately apply the proper stall and spin recovery techniques.” Based on the evidence, that’s a reasonable conclusion. What’s not clear is why the pilot apparently was practicing spins.

According to the NTSB, the Skycatcher’s pilot’s operating handbook (POH) recommends memorizing spin recovery “to ensure prompt and proper recovery techniques are used in the event that an inadvertent spin is encountered.” The POH lists recovery procedures to accomplish should an inadvertent spin occur. Those procedures are entirely conventional, when compared to similar airplanes (see the sidebar on the opposite page).

Also not clear from the record is why the pilot couldn’t (or didn’t) recover from the spin. For one thing, he didn’t have that much of an altitude cushion, although a promptly initiated recovery should have been easy to accomplish with the altitude available. Although the pilot had flown the accident airplane almost 20 hours in the four months preceding the accident, he had earned his commercial certificate years earlier, so there was little reason for him to be practicing spins. Instead, it appears he simply let a practice stall get away from him, something spin training may have been able to prevent.