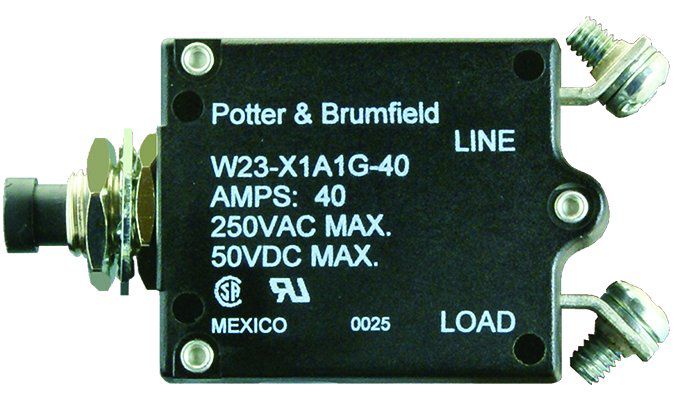 Pitot heat switch would not stay in the on position. On troubleshooting, the technician found circuit breaker/switch (p/n 35-38013263) to be at fault. AD 2008-13-17 had been completed 2427 flight hours prior. Recommend breaker manufacturer develop a more durable product or aircraft maker look for a different source for its circuit breakers.

With all deice and anti-ice equipment energized, the right number 1 dual-fed bus circuit breaker (p/n 70-000150) tripped with no loss of equipment system. While reviewing the AFM, the corresponding left breaker tripped and power to all circuits on number 1 fed buss was lost. An emergency was declared and the aircraft landed incident. Troubleshooting revealed the right breaker was tripping prior to its rated load and overloading the left one, causing it to trip, open, resulting in complete power loss on the bus.

Pilot noted a clicking noise accompanied by ammeter indicating a heavy discharge. Problem isolated to a circuit breaker that wasn’t tripping the indicator button and was working as an auto-reset breaker. A short was located within the already placarded “inop” ADF. The owner commented he thought the issue was normal operation for the pulselight system.

Found alternator power wire loose at 50 amp circuit breaker (p/n W23-X1A1G-50), causing signs of arcing. Breaker housing was found cracked close to connection. It was also noted that the wire insulator of the charging wire running from the alternator to the circuit breaker (p/n 24315A8) was broken at the firewall grommet, exposing the wire, although not shorting out with anything. Parts were replaced as required.