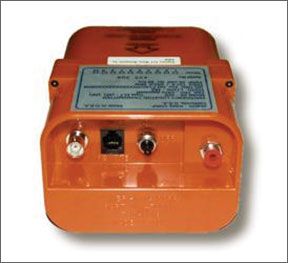 A repair station states it has begun removing the four screws attaching the elevator trim tab horn to the trim tab to inspect them for corrosion at every annual inspection performed on 300/400 series Cessnas.

The facility reports finding numerous screws corroded almost in half; there is no way to inspect these screws (p/n AN515-8R26 and MS35206-251) without removing them.

A repair station technician reports finding an ELT (p/n EBC-0502) installed backwards when removing it from the aircraft for replacement: The direction of flight arrow was pointing aft.

This particular installation is located in the baggage compartment-a pilot can slide it out of its mount and reinstall it backwards.

“During an investigation,” states an FAA inspector, “it was discovered that the right main landing gear upper drag link assembly (p/n 16190-00) had failed at the attach point for the main landing gear down lock latch assembly.

A visual inspection of the broken drag link showed the assembly had a metal fatigue crack along the circumference of the component. The cracked areas showed evidence of corrosion that appears to have been present for a long but unspecified period of time.”

During routine scheduled maintenance inspection the engine mount (p/n 67119-57) was found cracked just above the weld on the r/h side of the mount, just above the aft drag link mount point.

Upon further inspection the lower horizontal tube most outboard was also found bent in the area toward the front part of the mount by the landing gear attach point. No hard landings had been reported.

A customer reported evidence of red fluid seeping at the top, inboard area of the right wing. The wings inboard leading edges were removed for inspection.

Technicians determined a leading edge retaining screw had chafed the right hydraulic pressure line (p/n 50157-001), causing a hydraulic leak. The line was replaced and the aircraft was returned to service.

According to the submitter, the area is not normally accessed during periodic inspections. The submitter suggests inspecting this area at 800-hour intervals.