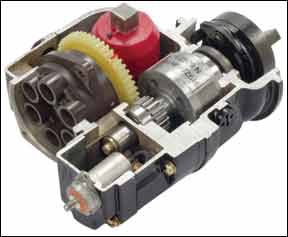 When a new rear wing strut was received from the manufacturer, there were two longitudinal cracks in the strut in the electrically welded seam of the seamless strut tubing one foot from the upper wing strut fitting. The defect is obviously due to the tubing manufacturing process and not by secondary operations or weldments. It is likely the entire batch of raw tubing has multiple defects and should be located and inspected. It is also likely this batch of tubing was disseminated to multiple customers in addition to the manufacturer.

During a ground run, the engine suddenly quit and couldn’t be restarted. Upon inspection, the fuel shutoff cable was loose, causing the cable to sometimes slide through the swivel bolt and allowing the arm to be in the “off” position even though the handle was in the “on” position. After adjusting the arm and tightening hardware, the bolt still pivots when arm is turned.

During a normal start attempt, this Lancair LC40550FG’s prop turned about 10 degrees and stopped. A burning odor was noticed and the pilot could not shut off the battery. The cowling was removed, but the battery box was too hot to touch. Using gloves, the pilot was able to disconnect the battery. The recently overhauled starter (p/n 6462382) had developed a short in its field coils.
There is no protection between the starter and battery, so the starter and battery solenoid/relay stuck closed.

After landing the Cessna 414A, its pilot reported a substantial oil leak. A sheared drive shaft on the starter drive/scavenge pump assembly (p/n R-642085A17) was discovered. This caused excessive oil to enter the air-oil separator and flow overboard as the separator could not accommodate the oil volume.

The engine, attached to a Piper PA-28-161 Warrior II, was inspected for suspected low power output. Both the left and right magnetos were removed. Inspection found the left mag’s cam follower shaft had broken. Both mags had oil getting past he seal. As a result, points were pitted. Both mags were replaced.