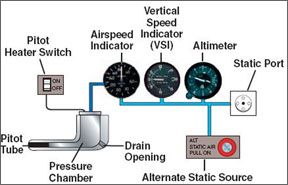 The following information is derived from the FAAs Service Difficulty Reports and Aviation Maintenance Alerts.

During an annual inspection, the IA found black fretting corrosion below the center two, l/h aft engine mount bolts. The bolts were loose in the mount even though their nuts were tight. Investigation revealed the bolts are a little too long and the nuts were running out of threads. The solution was to add another washer below the nuts, then re-torque back to specifications.

A cylinder-base oil leak was discovered during the engines initial run-up. The technician determined the cylinder (p/n EC 636122ST) base lacked a machined area for the O-ring seal to seat.

Before takeoff, the airplane proved hard to start, drawing down the battery. During the takeoff, the pilot reported hearing a “pop,” then seeing smoke in the cabin. The takeoff was aborted and an emergency gear-up landing was made, resulting in substantial damage.

On inspection, a capacitor was found secured to the aft end of the audio control panel in-line with the KN4CB wire. The capacitors end had blown out and its contents splattered on the windshield air duct.

The technician believes the low battery and the high current demand of the gear motor resulted in an over-voltage condition, causing the capacitor to explode.

During an annual inspection, both engine fuel supply lines were found to be chafing on the forward bulkhead of the landing gear box at station 56.70.

The factory installed a thin plastic sleeve over the lines in the area of the chafe, but after 2564 hours this sleeve is chafed to the extent the tubes will no longer be protected. The Cessna 172 illustrated parts catalog shows a heavier chafe barrier installed on the tubes in this area noted above.

During a routine pitot/static test, the pitot system was found leaking beyond limits. The leakage was determined to be in the tubing-from the pitot tube to the forward cabin bulkhead fitting. Severe corrosion was found in p/n 0800106-379, due to heat duct insulation on the left, outboard side allowing moisture to be trapped.

The submitter recommends 310-series aircraft operators inspect this area and that chafe protection be applied to the tube where it contacts the heat duct insulation.