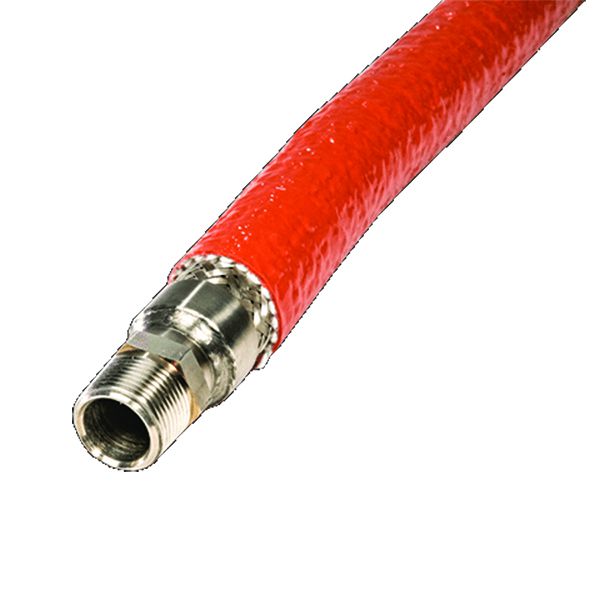 During annual inspection, the technician noticed evidence of a possible fire in the engine compartment. Further inspection found the fuel hose (p/n 330995f-0060) from fuel flow sensor to fuel spider had been leaking. Removed fuel hose, pressurized it with air and found it leaking throughout its entire length.

During scheduled maintenance, fuel was leaking from the hose between the engine fuel distributor and fuel pressure gauge sending unit. Investigation revealed the firesleeved hose had failed at its midpoint. A replacement hose was installed. Maintenance documents list the hose as an “on-condition” item.

Standby vacuum system squawked inoperative. Electric-driven pump found full of a thick, oily substance. Hose from pump to firewall was full of this material, but there was none in the vacuum regulator. It appears the fluid is from internal deterioration of the hose. This is an emergency backup system that wouldn’t have been available if it was needed.

Pilot reported a pool of oil under the engine cowl. Examination revealed an oil cooler hose had split and dumped six quarts of oil. The two hoses where changed 7.58 hours prior to this event ICW AD 95-26-13. After removal, hose material was found split open in three places.

While en route, the pilot noticed dropping oil pressure on the left engine and diverted. Engine oil was evident on cowling and wing. Motored engine to build oil pressure to 60 psi and found oil dripping from hose between oil cooler and accessory section. Found hose saturated under firesleeve. Removed firesleeve and area with tight radius had cracked and cut into rubber hose. Replaced hose (p/n AE7010201k0240). According to owner, all engine hoses had been replaced a short time before.