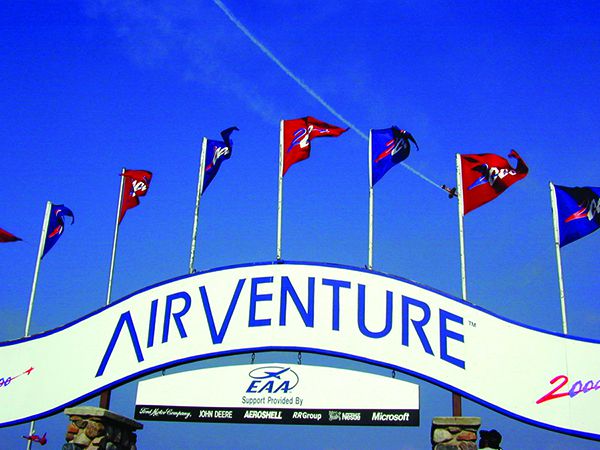 It’s the time of year when pilots turn to finding new destinations and experiences that can only be attained by flying a personal airplane. For many, the goal will be simply to fly somewhere different after more than a year of being encouraged to stay home and away from other people. For those who want to maximize their exposure to aviation by flying someplace with an associated event, there are air shows.

Big ones and little ones alike, all over the world, were canceled or postponed last year. This year, some shows already have announced they’ll remain shuttered while others are doing their best to reopen, albeit with appropriate precautions. Those organizing shows planning to meet again in 2021 probably are very skittish about the entire proposition. Many of the pilots and potential attendees are skittish, too.

It’s too soon to expect things have returned to the norms established in the years before 2020’s shutdowns. Even the big shows will be smaller, with fewer exhibitors and performers, in anticipation that attendance will be lighter than, say, 2019. That’s a two-edge sword: While they may feature fewer attractions, their quality may be better.

Inertia and the potential shock of large numbers of unfamiliar people invading the personal space we’ve carefully curated for more than 12 months almost demands lighter attendance. For example, I’m aware that the FAA’s FAASTeam will not be conducting “in-person or virtual presentations” at the Sun ’n Fun Aerospace Expo scheduled for mid-April in Lakeland, Fla., “due to public health concerns.”

I live about an hour’s drive from SnF. It’s close enough that flying the Debonair up and back takes more time, once all the pre- and post-flight tasks are accomplished, and is much less convenient than hopping in a car. But I still haven’t decided to attend. I’ll probably drive up for a day trip, if only to see what this year’s event looks like, as a yardstick for 2022. I’ll be close to fully vaccinated against Covid-19 by then, but I won’t be engaging in any behaviors riskier than I have over the past several months.

Other shows will be held throughout the year, apparently including the large one in Wisconsin and several smaller ones that are closer to an actual fly-in event than some big ones. If you’re looking forward to attending one of these shows and flying yourself there, the only real advice I have is this: You’re probably a bit rusty, maybe rustier than usual at this time of year. So is the pilot you’re following to the runway, and the one behind you. While you might not be able to do anything about the other pilots, you can ensure you’re up to the task by getting some hours under your belt, with an emphasis on short-field operations, spot landings, slow flight and busy airports. Always check for an associated Notam. Study it. Carry it with you in the cockpit. Follow it.

Be safe in all ways.