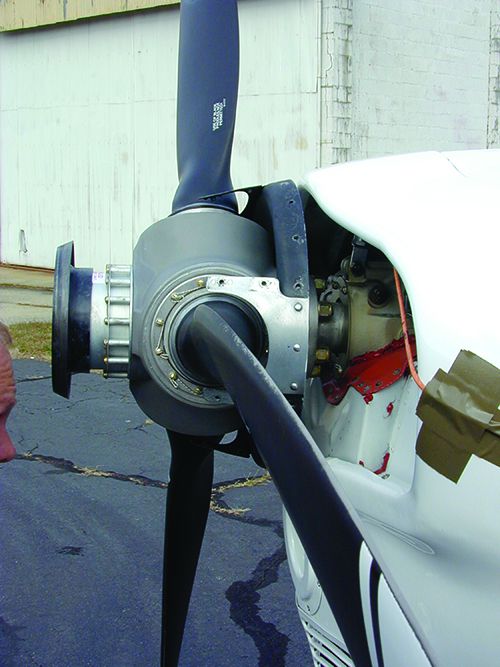 During cruise, aircraft experienced excessive vibration. Reducing propeller speed cleared the vibration for a short time but as the flight continued, vibration returned. Declared an emergency and landed without incident. External visual inspections failed to note defects. Propeller (p/n 3GFR34C703) was dynamically balanced with 28.4 grams of weight. A test flight was performed after the propeller was balanced with no vibration noted.

Propeller was reported to not go into feather. There was no evidence of a bird or blade strike. Examination revealed blades were corroded and/or cracked in the bearing race area. Installed new hub and blades and retained new blade bearings installed at last overhaul.

During a 100-hour inspection, a technician found the propeller low-pitch stop threads stripped. The safety wire is still in place.