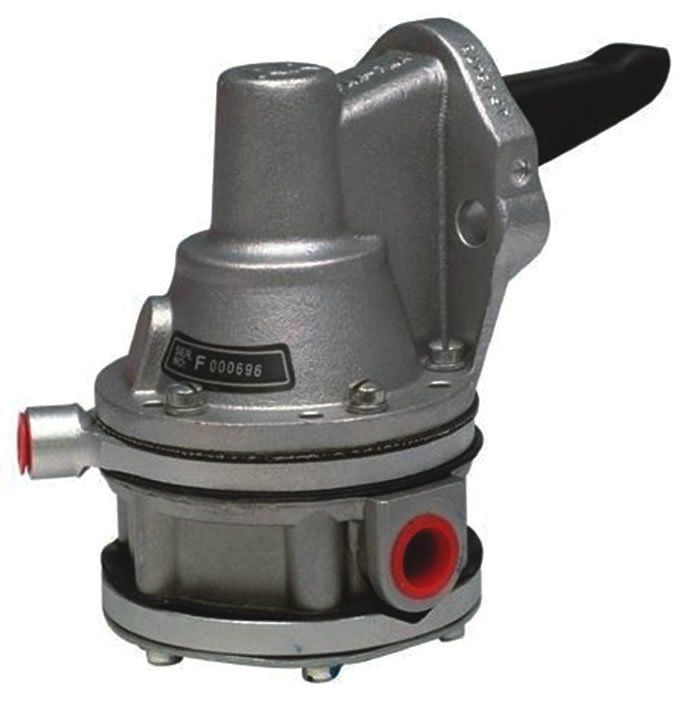 This aircraft was equipped with a turbonormalizing system, which requires a fuel pump with an aneroid compensator to regulate the mixture replaces the original pump. On this installation, the “fuel mixture cam profile was erroneous.” Fuel flow rate increased normally from idle cutoff to approx 80 percent of mixture-lever range of motion where fuel flow is at maximum. Then the fuel ratio decreases as lever continues toward maximum position: 80 percent mixture provides 37.5 gph; 100 percent provides 35.5 gph.

During annual inspection, the engine-driven fuel pump was found to be leaking fuel from the relief valve gasket. Fuel also was found in the upper deck pressure lines at the pump. An existing service bulletin references the same problem and includes the model number of this pump but not this serial number.

After departure, landing gear only partially retracted and hydraulic pump failed. Crew ran the emergency checklist, which requires the gear to be pumped down. Three green lights were obtained and the aircraft landed at the departure airport. Hydraulic pump failure contributed to the inability to maintain directional control and braking at the end of the roll out. Hydraulic system circuit breaker reset and system operation was normal.