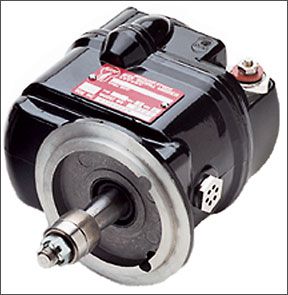 During a scheduled inspection, the wire bundle mount (p/n S2606-2) holding the flap motor wire harness was found detached from the rib in the right wing, allowing the wire

The FAAs Wichita Certification Office reminds operators and maintenance technicians to perform the prescribed inspections of Chapter 5 of the Cessna maintenance manual with specific emphasis of Item Code Number 273001. This elevator inspection is required every 100 hours. Maintenance technicians are alerted to the maintenance concerning rivets that are common to the 2634017-1 Elevator Torque Tube Assembly and 26344017-2 flange.

The Cessna 172S powered by a Lycoming IO-360-L2A had intermittent left magneto operation during the ground run-up procedure. The magneto was removed for inspection. The rotor was found unseated from the rotor shaft, causing the rotor gears lip to be ground up by the distributor block gear. The lip material was found throughout the inside of the magneto housing. The right magneto was inspected and the same condition was found. Both magnetos had factory torque seal applied to the top cover screws.

A broken contact breaker was found during troubleshooting of an ignition problem on a Bellanca 17-31ATC. The contactor rivet was broken in this Bendix Magneto. The submitter speculates this rivet may be of insufficient size/strength to properly hold the contactor in place.