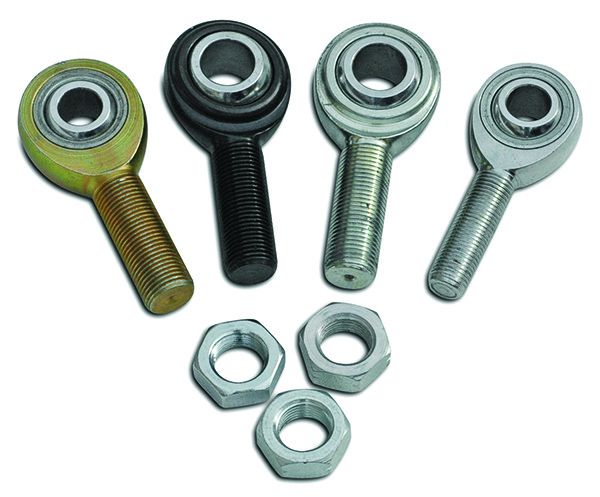 At touchdown, the nose landing gear failed and partially collapsed. Examination revealed it appears the bearing rod end (p/n 198001-2) experienced a fatigue failure. The rod end failed at a point where the threads and AN316-4R nut meet, shearing even with the nut face. Rod end threads were stretched and bent at a 15-degree angle with about 0.5” of threads showing. Rod end bearing movement was satisfactory.

The nose gear retraction assembly rod end failed. It appeared the rod end had been cracked and was not detected during the last annual inspection. The nose gear folded up on landing, causing damage to the aircraft nose and propeller. The rod end is in a difficult position to inspect and the crack may be hard to determine.

The nose landing gear collapsed during rollout after landing. There was no indication of a problem until after touchdown. The rod assembly (p/n 41949-00) was found fractured at the rod end. Condition was assessed as “consistent with failure in overload,” but cause of overload was not determined. Initial log search does not show replacement of the rod assembly within the past five years.