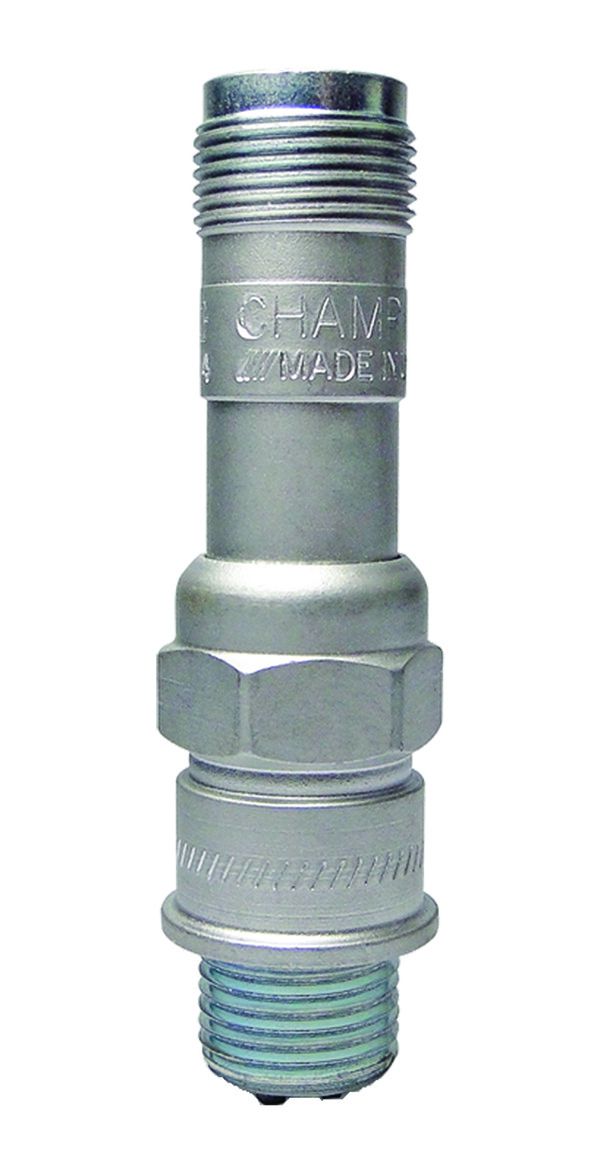 The pilot observed a unusually high EGT reading. Examination revealed one of the engine’s eight REM38E spark plugs was not firing. Resistance check of all eight plugs revealed five exceeded the two kiloohm limit. An open current path in the failed spark plug was the probable reason for its failure.

During cruise flight, the pilot observed a sudden rise in the #4 cylinder’s EGT and CHT, and then experienced a rough-running engine. Pilot made a precautionary landing and found the spark plug (p/n RHB37E) broken.

Pilot reported a high rpm drop during the magneto check. Isolated problem to #5 cylinder with graphic engine monitor. Removed all spark plugs (p/n REM38E) and found one from the #5 cylinder had a cracked insulator tip. Installed new spark plug. Ground run-up and magneto check were normal.

Engine rough in climb to FL140. Could not set cruise fuel flow. Cylinder #1 CHT rose from 340 to 480, with high and rising turbine inlet temperature. When the oil pressure dropped, the pilot diverted. Inspection revealed no differential pressure on cylinder #2, the oil filter was full of metal and wastegate controller parts were missing. Spark plugs (p/n RHB32S) on #1 and #2 cylinders had cracked insulators and cylinders exhibited signs of preignition. Metal contamination was found throughout engine.

The pilot reported elevated #3 CHT while all other parameters remained normal. Maintenance checked resistance of the plugs on the suspect cylinder and found one to have infinite resistance value and another that was reading over what one manufacturer publishes for service limits. Both bad plugs were checked on a tester IAW manufacturer’s instructions and passed as manufacturer does not list resistance value limits. The entire set of spark plugs were replaced with different brand of the same p/n (REB32E) and the problem was corrected.