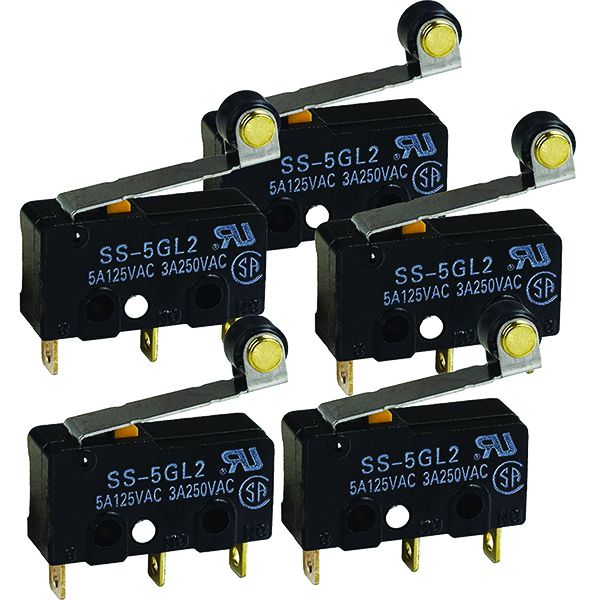 After takeoff, the red landing gear in-transit light remained illuminated and the gear would not fully retract. The gear did extend to the down-and-locked position using the emergency system and the flight landed without incident. Examination found the right main landing gear weight-on-wheels switch (p/n 444EN49-6) was internally shorted, tripping the gear control circuit breaker.

After takeoff, the aircraft would not pressurize and the pilots diverted for maintenance. Examination revealed icy slush on the landing gear squat switches. The preceding takeoff was from a freshly plowed runway where snow and slush were present. The switches were cleaned and the system functioned properly.

After takeoff and gear retraction, the crew noted the gear unsafe light remained illuminated and wind noise was present. The crew selected gear down, and the right main gear indicated it was not down and locked. After cycling the gear and a tower fly-by, only the nose gear was down. Continued cycling finally got all three gear to extend and lock, allowing a safe landing. Inspection revealed the left main squat switch (p/n 89291004) wires had broken at the switch body, causing intermittent, irregular operation of the hydraulic pump.

During preflight inspection, the gear unsafe light immediately illuminated and the gear warning horn sounded when the master switch was activated. The gear selector handle was in the down position and the gear lights were all green. Inspection revealed the left main landing gear squat switch (p/n 89291004) had broken wires, causing a gear-unsafe indication.

During a gear retraction check after maintenance, the gear would not retract; the gear unsafe light and horn came on. Troubleshooting revealed the left main landing gear squat switch wiring was broken and separated, which could not be seen until the switch (p/n 89291003) was removed. These switches have a wiring harness covered in thick shrink wrap that encourages the wires to flex in one small area near the switch body. The shrink wrap makes it extremely difficult to see any damage or defects with the wires.