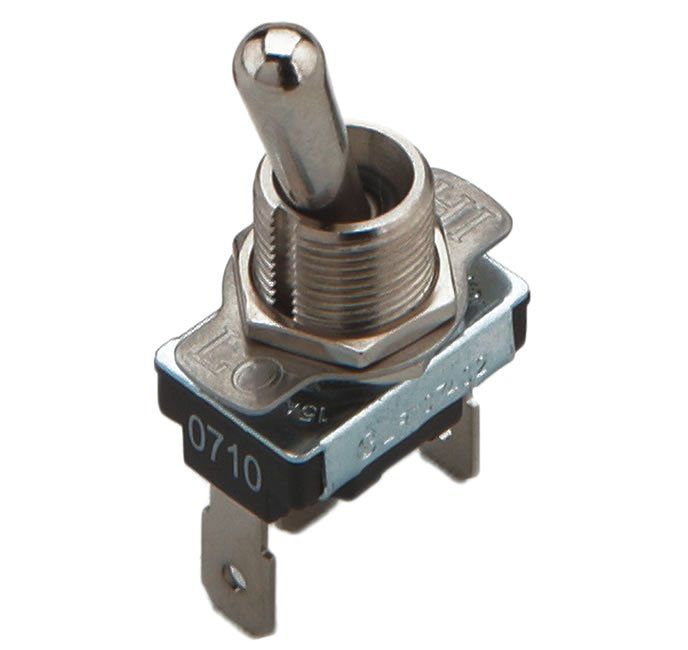 Landing light switch was hot and emitting smoke. Switch was installed per AD 2008-13-17. The new switches add an insulator preventing a failed “open” switch from conducting current through the hold-open spring. Apparently, this failed switch had a defect allowing current to flow through this spring. This switch is rated for 10,000 cycles, but the failures seem to be at no more than 4000 cycles.

Landing/taxi light inoperative due to switch (p/n 0713035) failure. Troubleshooting found switch overheated, burned and power wire showed evidence of overheating. Cessna service bulletin SB09-6 requires inspection and replacement of landing light switches but does not identify the R172E (T-41C), which has a different p/n. The landing light circuit and switches were not designed for continuous use of the landing and/or taxi lights in flight.

After gear extension, right main gear indication remained red (in-transit). Crew elected to return to base and determined by visual inspection from the cabin that the gear was down and locked while en route. Flight landed without problem. Inspection revealed the right downlock switch (p/n 4793603) was unserviceable.