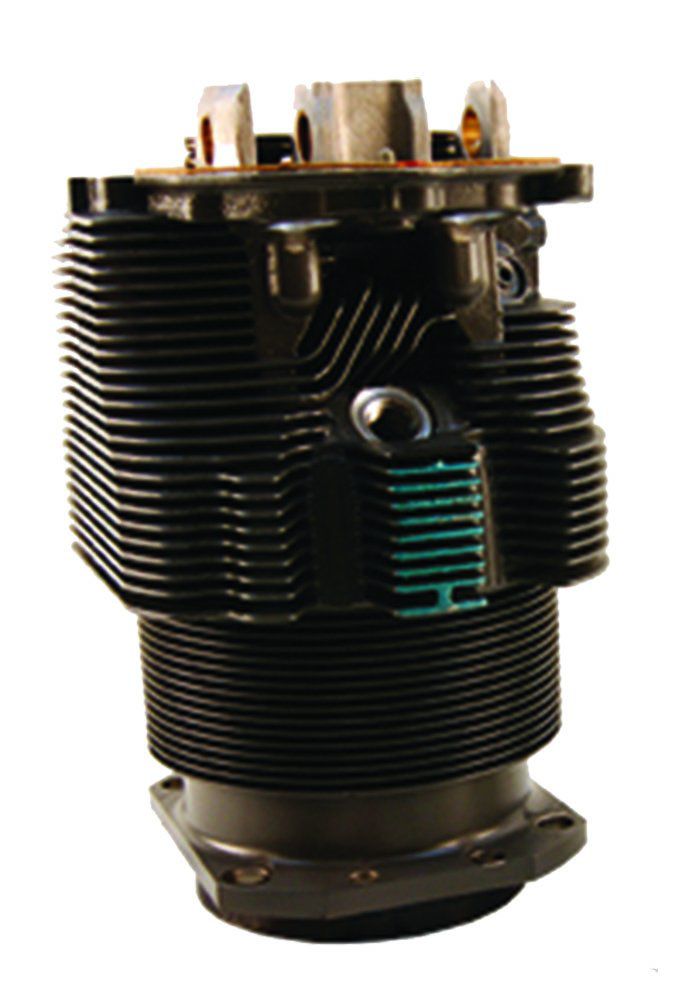 Aircraft was climbing through 8000 feet when pilot experienced a “pop” followed by engine roughness. After a safe landing, a significant amount of oil was visible on the cowling. Inspection revealed the #6 cylinder had separated.

The #2 cylinder cracked between the fins aft of the fuel injector, near the intake valve, and was leaking fuel. This cylinder was manufactured with the metal thickness around the intake valve area too thin. The operator states it has 250-plus failures of this brand cylinder over several years.

During a 100-hour inspection, a cylinder head was discovered cracked from the fuel injector port to the upper spark plug by visual inspection. During compression test using soapy water, bubbles came from cooling fins above exhaust port.

During an annual inspection, the technician discovered the #2 and #6 cylinders were cracked and leaking on the exhaust side at around the 17th fin from the bottom.

During an annual inspection, a differential compression check was performed. The #6 cylinder compression was 32 psi, with leaking past exhaust valve. Removed cylinder assembly and sent it to the manufacturer for repairs.

While returning to base, engine suddenly began running rough. After checking fuel, mags and carb heat, the pilot climbed and continued to destination. The approach and landing were uneventful. Inspection revealed the #6 cylinder had separated at the top of the barrel. No metal contamination was found in the engine. Cylinder replaced with an overhauled unit.