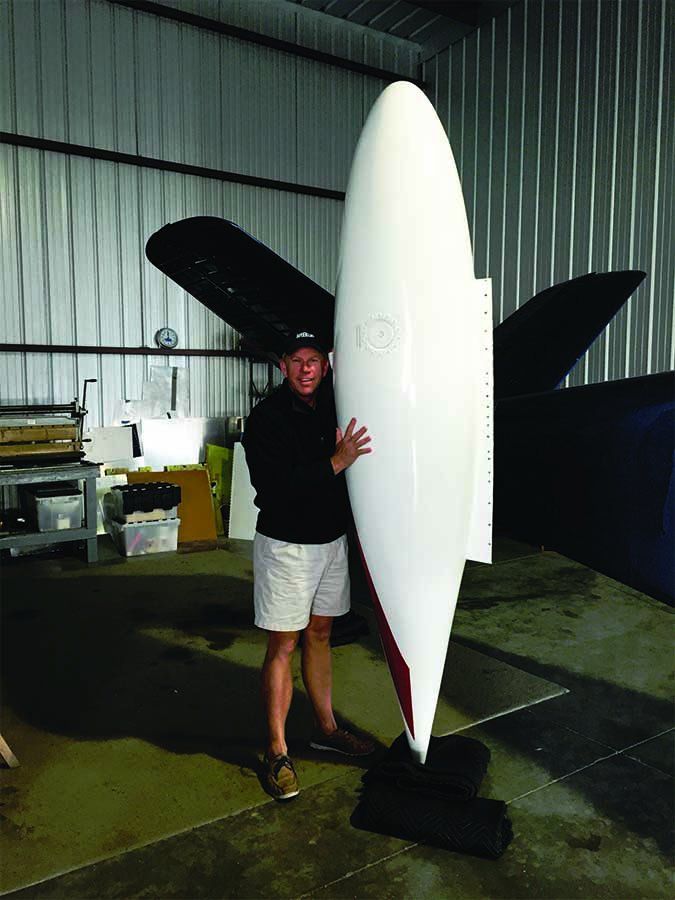 I just read your article on Adrian Eichhorn’s circumnavigation (“Eichhorn’s Flight Around The World,” August 2016). My new hero.

In August and September of 1990, my family and I flew a Cessna T310R from the Westchester County Airport in White Plains, N.Y. (KHPN), to Frankfurt, Germany, via Goose Bay, Godhab, Reykjavik, Liverpool and Paris, then back to KHPN. Included were several side trips around Europe.

Adrian is a lot braver than I, doing it in a single. The only advantage he had was GPS navigation. I had a portable GPS that seldom got a hit. Dead reckoning and using the ADF to receive radio stations, was the way of it across the North Atlantic. The high-frequency radio I rented didn’t work well, but I was able to relay through airliners.

The longest leg, Godhab to Reykjavik, was much shorter than most of Adrian’s and we didn’t consider around the world. Our trip didn’t come close to Adrian’s!

There were four of us—me, my wife and two sons—plus a 100-gallon auxiliary tank in the aft compartment. I was able to obtain a permit to fly above gross weight.

In Godhab, I paid nearly $6.00 per gallon for avgas, distributed from 55-gallon drums, but the hotel and meals were excellent and reasonably priced.

Congratulations on your journey! You created lots of memories, both fond and not-so-fond, we’re sure. And having seen some of the documentation, we know for a fact Eichhorn’s fuel, hotels and meals were not nearly as reasonable as yours.

It’s interesting how big a difference 26 years can make in some of the technologies available. It’s even more interesting to realize the basic airframes you both flew haven’t been in production since the 1980s.

The most important point you made in “Rote Understanding and Flight Risk Management” (August 2016) and why they alone are not very effective in teaching pilots to manage risk can be summarized in the sentence: “We’re trying to apply a rigid, well-defined framework to what is usually a fluid, dynamic set of circumstances.”

While a few simplified acronyms are probably a reasonable way to identify, organize and quantify a set of risks in the early stages of training, the most effective way of teaching and explaining such risks is by incorporating real-life scenarios of incidents and/or accidents as part of the ground school classroom—a whole series of your “Accident Probe” articles or NTSB accident summaries would be a good start.

Specific risks are much better recalled when correlated with a specific event. We teach medical students and residents this way all the time.

While we completely understand and support the idea that risk management concepts need to be part of basic and advanced pilot training, we’re also convinced current methods turn off as many students as they help. Scenario-based training is, perhaps, the solution. Perhaps not.

By listening to the “There I was” stories told around the FBO coffee pot during our early years, we were able to avoid some mistakes while making others. Maybe we need more of that.

I’m an avid reader and subscriber to your magazine, and I also like to reread many of the articles. While rereading the December 2015 issue, I noticed an error in the article, “Airspeed & Turbulence: Easy Adjustments.”

This can be confusing because if not divided correctly, the description of the formula has the effect of increasing the VB speed result as the airplane gets lighter.

Thanks for pointing this out!