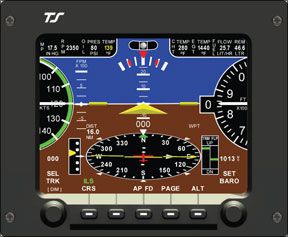 I read with interest your article on VFR into IFR conditions (“Inadvertent IFR,” October 2009). It seems to me you missed one of the most obvious aids to maintaining control of the aircraft: Engage the autopilot and fly the plane with the heading bug on the heading indicator. Nothing could be simpler. Using the autopilot keeps turns at appropriate angles and gives you time to communicate and sort

things out. The only additional factor to keep in mind is to maintain proper trim.

Youre absolutely correct: An autopilot can be-literally-a life-saver during a VFR-into-IMC event. Of course, not every airplane has a working example. That said, wed rather try educating pilots on ways to avoid such conditions and/or fly the airplane out of them than to depend on the autopilot.

I found Octobers “EFIS Evaluated” to be interesting, informative and not a little disturbing. It brought back memories of my last five years as a Boeing 757/767 captain with one of the legacy carriers and the glass cockpits we had in those wonderful machines.

On the first day of training in late 1990, the chief pilot visited our small cadre of upgrading captains with these words: “Boys and girls, you all know how to fly airplanes. Were now going to try to teach you how to fly computers!” Thus began our introduction to this new form of flight instrumentation and the vagaries of all the MFDs, PFDs, data input devices, switches, knobs and procedures.

After weeks of ground school, mock-ups, procedural trainers and simulators, we began to understand the intricacies of all the functions, interconnected components and computer interfaces that would be our friends and/or foes for the duration of our tenure in the new world of flying video arcade games.

Nearly 14 years after retiring from the big iron, Im seriously considering upgrading my personal airplanes “six-pack” panel to the new, “gee-whiz” stuff. Your article made me think even deeper about what I want, need and the learning curve necessary to achieve the kind of proficiency I once enjoyed with the airline. I cant afford to fly as often as I would like nor am I attending mandatory, semi-annual recurrent training as I did for 31 years, making the question of upgrading to EFIS a far more complicated and confusing decision.

At the airline, most of us admitted we were about six months into our EFIS flying before becoming comfortable and, even then, often found ourselves asking about the manner in which the airplane was performing: “Whats it doing now?” And we were flying at least three days a week on multi-leg schedules. It took a lot of training, re-training and practice, practice, practice.

For me, now, I cant fly even a fraction that much nor do I have a need to. But the experience I had then, I fear, might not translate to even a moderate degree of proficiency now, and the upgrade might just be counterproductive.

For the average GA pilot, there may be more beneath the surface of this technology than will ever be revealed during the infrequent times we find ourselves flying, especially in IMC, and wondering where is the quick reference manual for reviewing a particular procedure. Knobs, buttons and two left hands can sometimes be a hindrance, especially during periods of high workloads.

Its all great looking stuff, apparently fairly user-friendly, and would bring my dowdy old Aztec into the 21st century, but at what cost and effort to learn?

Interesting article on low visibility takeoffs (“Cant See Nuthin,” October 2009). I concur totally with the need to exercise great care in executing this maneuver. I have done it only a couple of times in 40 years and require a couple of things to even consider it:

Weather at the departure airport has to be very localized, such as fog and low ceiling;

An “out” must be very close.

I flew this takeoff a couple of times from the St. Paul (Minn.) Downtown Airport/Holman Field (STP), which is right beside the Mississippi River, so a fog bank

can be covering the airport but ceiling and visibility a half-mile away might be just fine. In this situation, its just the first 100 feet that is critical!

I always waited until I had a margin of 10-15 miles an hour over a normal takeoff speed before lifting off. This ensured an initial climb with little chance of descending back to the runway after liftoff. Otherwise, everything was done normally,

Your article, “Getting Down” (Learning Experiences, October 2009), mentioned tower operators “will ask you to do things neither safe nor practicable.” This brought to mind a tragic accident occurring at my home airport last year. A Cessna 172 piloted by a low-time pilot was returning to the airport after taking his visiting parents for a ride. The 172 was cleared to land on Runway 22. However, on short final, the tower noticed he was lined up on Runway 27. The tower notified him of the mistake, the pilot apologized and immediately began a sharp right turn to land on 27. The approach end of the two runways were very close to each other so there was very little room to maneuver. The airplane stalled and crashed, killing all three aboard.

The NTSB report omitted some pertinent information: The plane was on very short final, altitude about 100 feet, with full flaps and at low speed. There was no operational or safety reason for the tower to make an issue of the mistake at such a critical time in the approach. Of course, a more experienced pilot might have either said “unable” or “were going around” rather than try to maneuver over to the correct runway to satisfy the tower operator.

While this was obviously “pilot error,” there is no doubt in my mind the tower controller contributed to this accident. All of my flying buddies felt the same way. It didnt have to happen.

I am a 35-year, 4500-hour instrumented-rated private pilot, but I learn something new and helpful from each issue of your magazine. Keep up the good work.

The airport lighting diagram on page 9 of the October 2009 issue is in error. The centerline lights used to guide aircraft onto and off of a runway now alternate between green and yellow. This is to better distinguish the difference between taxiing on a taxiway and taxiing on a runway.

That diagram came from the 2008 edition of the FAAs Pilots Handbook of Aeronautical Knowledge.