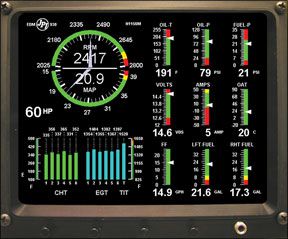 I notice the article “Top Five Engine Myths” (March 2007) has not generated any controversy. Please let me provide a remedy.

I am a retired performance engineer for Pratt & Whitney, having worked on experimental jet engines. After a second career as an A&P/IA with a flight school and Part 135 charter operation, Im now retired again. Im also an Instrument-rated Commercial pilot.

I question the accuracy of engine monitors used on piston engines today, and would urge some caution in accepting numbers we see in the cockpit. At P&W, we

spent millions on accurate instrumentation and many hours of pre- and post-test calibrations to ensure the accuracy of pressure, temperature and thrust measurements. This type of accuracy is simply not attainable with production engine and aftermarket instrumentation.

The five engine “myths” were probably developed by flight school and charter operators paying the bills for cracked cylinders and burned valves. I suspect they are oversimplifications of more complicated situations. For example, you would never run an engine lean of peak (LOP) EGT at takeoff power. Obviously, there are power settings at which LOP will not cause problems like burned valves. What power setting is safe?

More specifically, here are some problems I have with current piston engine instrumentation:

Cylinder head temperature is not measured where the cylinders crack, at the exhaust ports.

Fuel totalizers are never calibrated after they are installed.

Some fuel flow gauges are really pressure gauges calibrated at the factory to display fuel flow. While the concept is sound, they are never calibrated in place.

Turbo temperature measurements are not made where the real heat sink is, the turbine disk.

None of the engine instrumentation is calibrated after installation or at periodic inspections.

Engine monitors give us the ability to observe and pore over huge amounts of data. Lets be careful of its significance.

Yes, many of todays engine-operating myths have their genesis in WWII pilot training and post-war flight schools, when accurate instruments were rare and time was of the essence. Fuel was cheaper, too. Rather than spend scarce resources teaching engine management theory, students were taught to put the red knob against the panel and leave it there. Those teachings survive today, for a variety of reasons.

Theres no question the relatively simple and inexpensive engine monitors on todays market are not as accurate as the test and engineering rigs erquired for turbine engine certification. But that degree of accuracy isnt necessary, either; some way to accurately establish relationships between various cylinders is as important and these devices fit that requirement rather well.

We need to know when to open the cowl flaps, which plug to change and how far LOP we are. Even if todays engine monitors suffered as much as a one-percent error, thats four degrees of a 400-degree F CHT reading. Well take that accuracy over what the factory installed every time.

Many, if not all, fuel totalizers are calibrated at installation and periodically thereafter, using their internal K-factor settings. In any event, theres no question in our minds a modern 12-probe engine monitor is more accurate than most factory instrumentation. The better is the enemy of the good.

Regarding the “Top Five Engine Myths,” its not the initial oil temperature prior to shutdown that can cause oil coking within a turbocharger; rather, its heat soak from the engine, exhaust and turbo casting that can cause it. My observations are based on 10 years of experience as chief engineer of turbochargers at Cummins Diesel.

Presuming oil inlet temperature to the turbo is 200 degrees F, the turbine end bearing and end shaft oil seal temperatures will be only a few degrees higher. If the engine is suddenly shut down from, say, a 1000-degree F exhaust temperature, these components will experience a peak of about 350 degrees F roughly five minutes after shutdown. It then takes about 45 minutes for these temperatures to drop back down to 200 degrees.

Given that it takes this long for a turbocharger bearing housing to cool down, I cannot imagine five minutes of cooling at idle is going to do much to prevent coking within these turbo components.

The only recommendation I can make is to shut down a turbocharged engine at as low an exhaust temperature as feasible, given time and operational constraints.

Recently, an e-mail newsletter from the fine folks at Advanced Pilot Seminars included this tale of turbocharger heat management: “We instrumented a pair of thermocouples on the front turbo of our pressurized Skymaster last night. On takeoff, we saw the exhaust side of the turbo case go up to 1100 degrees F, around 750 in cruise; on approach with 15” manifold pressure it dropped to about 700. Taxiing back to the hangar it had reached 845. During a five-minute “cool-down,” we were back to almost 1000. Based on [article author Walter Atkinsons] comments and this rather simplistic test, Im changing the shutdown procedure.”

Junes editorial (“You Call This Progress?”) shows your navet. Dont you realize that shifting the flight service stations from direct FAA responsibility to a contractor is just the next step in a process designed to severely curtail or eliminate general aviation? Your last sentence in the editorial, “Its almost as if theyre trying to get rid of us,” shows that you are finally beginning to understand the message.

I didnt spend 18 years and eight months working at FAA Flight Standards and not learning anything. Many people in the agency are trying to get rid of general aviation or at least severely cripple it. Of course, if you confront them with evidence, they will vehemently deny it. However, take a look at their actions and their behavior. It speaks volumes.

Marion Blakey is a politician. One thing politicians are very good at is playing loose with the truth. As a Native American might say, “Woman speak with forked tongue.”

Ms. Saini (“Ramp Rage,” May 2007) missed an important distinction regarding Pushers suggestion, “Would you mind getting into position and hold?” The point missed is that “position and hold” is only allowed at airports with an operating control tower, and only control tower personnel may issue that clearance. This exclusive context makes a pilot-proclaimed “position and hold” at a non-control-tower, pilot-controlled airport both illegal and dangerous.

“Position and hold” isnt prohibited at non-towered airports; theres no one around to issue such a clearance. Thats not to say it isnt a risky proposition.

At a non-towered field, we generally wait until the coast is clear before lining up; at towered facilities, weve been known to decline it.