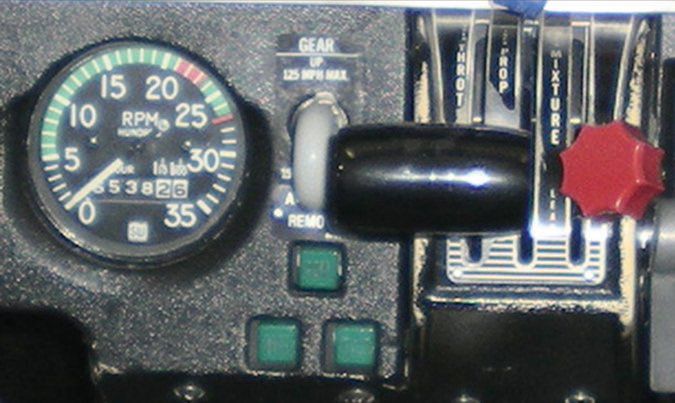 If I could only subscribe to a single aviation magazine, it would have to beAviation Safety. It’s that good.

I’m looking at the same approach plate—current edition—in FltPlan.com, and it says simply, “Circling NA west of Rwy 17-35.” The reproduced plate in the article says the same. Doesn’t that language mean that circling west is never authorized, day or night? I look forward to learning what I am missing as I read the chart.

Thanks for such a consistently great product.

Great catch! We screwed up and didn’t read the plate correctly. Instead, we went with an (obviously faulty) memory of the circling restriction at Asheville, not a review of the current plate. That’s what made it into the story’s copy instead of an interpretation of the actual note, which prohibits circling west of Runway 16/34 at any time.

A long time ago and far away, we used to fly into AVL with some regularity. Though we can’t prove it today, we distinctly remember the earlier approach plates allowed circling west of the runway in daylight but not at night.

The punchline is to never rely on memory for something as critical as whether and how to circle after an instrument procedure.

Thanks for the very kind words!

The question of when to turn crosswind that was addressed in the November issue did not mention what AIM Chapter 4 suggests that “turns to crosswind should not occur until within 300 feet of pattern altitude.”

As an instructor, I respect the information in the AIM and teach it to all my students. I guessed at reasons for following this practice and came to the conclusion that it’s all about safety. At my uncontrolled field, helicopter operations are numerous, and they operate in close proximity at 500 feet, so turning crosswind at or before that altitude just ain’t safe.

A turn on crosswind within 300 feet of pattern altitude usually makes the turn to downwind happen at pattern altitude, which makes me easier to see if I’m level with other merging traffic. And I want my students to be safe, so I will stick to the recommendations in AIM until amended.

Another good catch! Thanks! For those readers looking for this reference, it’s in the second example associated with AIM Para. 4-3-3, Traffic Patterns. It specifically states, “If remaining in the traffic pattern, commence turn to crosswind leg beyond the departure end of the runway within 300 feet of pattern altitude.”

The author of the Learning Experiences article in the January 2018 issue, “Three Green, Please” berates himself for not doing a fly-by past a control tower to check his airplane’s landing gear extension. The author should be aware that the tower operator cannot see landing gear down locks, nor can a pilot flying in an airplane flying in formation with you. The author states, he heard a “thunk” for each of the three gears. When you hear a “thunk,” you know more than any outsider observer. The best any outside observer can tell you is whether the gear is extended or not.

I would recommend not flying in formation for a gear check as I believe the risks outweigh any small advantage. To me, a tower fly-by is not much better. There may be systems that do not give any aural indication of down, but most do. If you don’t get three green after following the POH instructions, be prepared for one or more to collapse.

You’re absolutely right that tower fly-bys or even impromptu formation flights can do more harm than good when there’s an unsafe landing gear indication in the cockpit.

On April 4, 1991, a Piper Aerostar 601 piston twin collided with a Bell 412 helicopter over Merion, Penn. All aboard both aircraft died, including U.S. Senator John Heinz (R-Penn.), a passenger on the Aerostar. The wreckage fell onto an elementary school, killing two children. Another five on the ground were injured. The helicopter was examining an unsafe nosegear indication aboard the Aerostar. The helicopter apparently flew under the Aerostar, close enough for the interaction between its rotor system and the airplane to draw the two aircraft together.

I’ve always been concerned about how many accident reports in your magazine are caused by engine failure, especially as I fly a Cessna 172 in mountainous terrain in Southern Oregon and Northern California. So I did a quick and less-than-scientific tally of the back issues I could find around the house, a total of 132 accident reports from seven issues.

I noted a total of 53 of those 132 accidents resulted from either partial or total loss of power. That means that 40 percent of the accidents you’ve picked to report on were a result of engine failure, a statistic that should give pause to all GA pilots, especially those relying on reciprocating engines. According to your accident reports, GA engines would seem to be terribly unreliable.

However, from what I’ve heard, only a small portion of accidents, something like seven percent, are a result of engine failure. It’s possible that, were I to tally accidents from a much larger sample, my statistics would trend downward. But I do wonder how you chose which accidents to report on, and whether those choices are representative of the real statistics involving GA accidents.

Interesting observation. The quick answer is we choose which reports to run based on our estimation of their value to readers. We choose engine failures over, say, groundlooping a taildragger because the latter accidents usually aren’t that educational. That said, the graph below details recent fatal accident data from the General Aviation Joint Steering Committee, an industry group. The graph indicates in-flight loss of control continues to lead the list of fatal accident defining events, followed distantly by controlled flight into terrain and then system component failures, powerplant.

On The Cover:Two pilots trying to fly the same airplane at the same time can be a recipe for confusion if there’s not a clear division of tasks and responsibilities. Unpacking some of the challenges and proposing pre- and in-flight solutions is the subject of our article beginning on page 16. Image by Aleksander Markin.