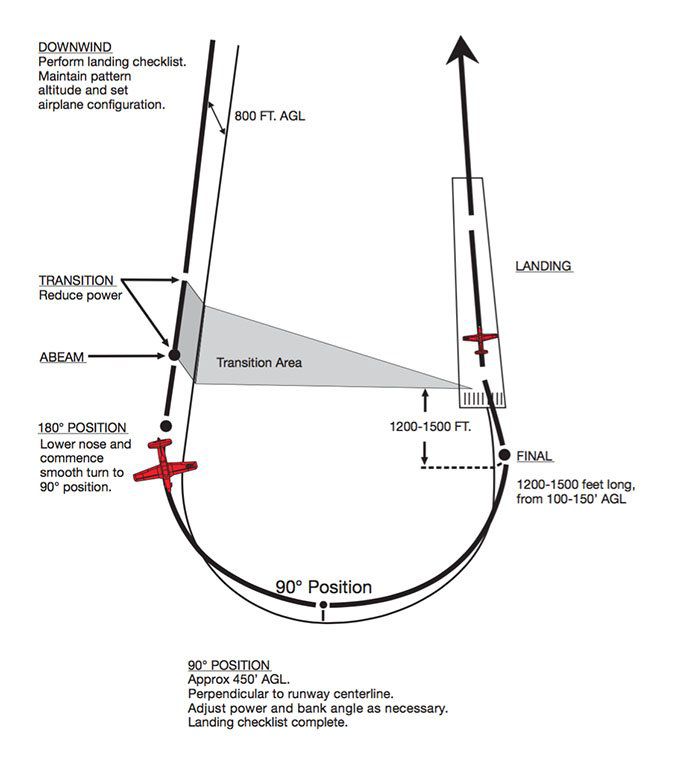 Here we go again, trying to solve LOC-I accidents by not addressing the fact that pilots are supposed to know how to fly their airplanes.

There is nothing wrong with the traffic pattern as it stands today. Just like with the emphasis on AOA indicators, we are not concentrating on proper training, which is the only way to reduce LOC-I accidents. Your article on slow flight (“Revising Slow Flight,” February 2017) was a great example of what CFIs should be adding to their flight reviews and checkrides.

By the way, have you ever tried flying a circular pattern in a high-wing airplane? You lose sight of the runway until the final turn! Not a good thing!

Lets just leave the pattern as-is and learn how to fly the airplane!

Not A Fan, Either

I still am not convinced to change to a circular pattern for one glaring reason not mentioned in your article, “Circular Patterns” (March 2017). When flying base with a low-wing airplane in a rectangular pattern, I have one last opportunity to look to be sure no one is coming down final. With a circular pattern, my outboard wing would be elevated and obstructing my view.

Thanks again to all who responded. As we noted in April’s issue, the AOPA Air Safety Institute and the University of North Dakota were “researching whether replacing rectangular traffic patterns with curved or oval-shaped ones may help” prevent loss-of-control accidents. Results from the study are scheduled to be available in May.

I just read “Flying Around Ice” in the March issue, which highlighted a few tools to use in evaluating and avoiding icing conditions. Your figures showed snapshots of tools available from a well know aviation app. But you did not mention the best icing product out there, which you can also obtain from that same app. That’s the CIP and FIP current and forecast icing charts.

In addition to Airmets, these charts look at multiple factors—including sounding data, satellite images, Metars and Pireps—to determine the accuracy of the charts, making them just about the best icing tool out there. They also are available at www.aviationweather.gov/icing.

Icing has always been difficult to forecast, thereby creating fear in the mind of many a pilot not flying a FIKI-certified airplane. Since these newer products perform a far better job of solving that dilemma, they should be considered in every flight planned where visible moisture and temperatures might be a recipe for icing conditions.

I need help understanding VFR flight following. I seem to have all manner of troubles with it. For example: How do you know what altitude is necessary to get radar coverages? How to find the appropriate center frequency at whatever geographic location you find yourself in and want to get flight following? When I am receiving flight following but lose radio contact with ATC, how do I reestablish it? On what radio frequency? What is proper phraseology to use when you are handed off to a new frequency or to a different ATC center?

An article going into depth on this issue would be helpful to me and possibly to some others who have questions.

Mr. Phillips’ note expressed several justified frustrations with flight following and included additional questions. We’ve attempted to answer many of them in the article beginning on page 16, and we’ll tackle the others in a subsequent article. In the meantime, we encourage pilots to ask their flight instructors these questions, too.