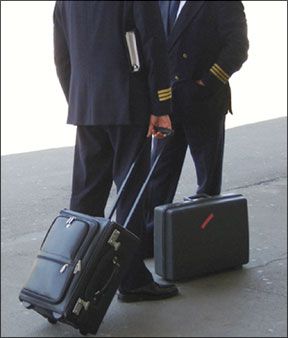 I couldnt agree more with your Editors Log position in Marchs issue, “Blame the Pilots.” Im far from convinced the Buffalo accident is indicative of a systemic training and certification problem. I agree that when a perfectly good transport category airplane is allowed to slow to stick-shaker speed and the wrong control inputs are made, theres an issue in the cockpit. But

the Colgan captain had an ATP and thousands of hours of experience, so what exactly would this proposal mandating a minimum number of hours have prevented?

And how about the thousands of regional-airline FOs who hired on with 300-500 hours and have flown millions of safe, quality hours while gaining the valuable, real experience from seasoned captains? The proposal would essentially prohibit this time-honored tradition. The long-term safety implications from that scenario are anything but predictable.

Lets make an industry-wide call to designate captains as instructor/mentor pilots. The majority of captains I have flown with and know would welcome the opportunity. For those who simply dont wish to take part, allow them to opt out. We only have a few more years to capitalize on this irreplaceable knowledge and experience before mass retirement sets in.

Thanks, Eric. Of course, we already have minimum-experience requirements in Part 61, and carriers implement their own,

higher standards through hiring decisions. There was a time when carriers wouldnt consider someone as a new hire unless they had multiple thousands of hours of experience, including turbine time, preferably in the military. Those days are long gone.

As we saw in Buffalo, theres a strong likelihood one or both of the crewmembers aboard the average scheduled regional operation are very new at high-altitude, dense-terminal, bad-weather operations of a highly automated turbine-powered airplane. Mix in the less-than-optimal schedules new hires are likely to be flying, add a dash of economic duress and its a bad recipe. Mandating a minimum number of hours wont fix that, but pairing high-time captains only with low-time FOs might be one way to go.

I read with interest the letter from Crista Worthy (Unicom, March 2010) regarding her fuel experience in her Cessna 210. Like Crista, my spouse and I are a pilot team and we fly a 210. And we both had an experience with a loose filler cap (although that was in our 182, prior to the 210). But that is where the similarity ends.

My wife and I try to exercise crew resource management (CRM) and both participate when we fly together. During the event in question, she was flying and I was just sitting back monitoring things. The fuel selector was on “both,” but I noted the right tank was draining much faster than expected, while the left tank remained full. I also noted this unusual mist coming off the left wing. The left filler cap had come loose and the siphoning effect was pulling from the right tank and out the open left tank. We landed expediently and simply secured the cap.

Also, I had the electronic fuel flow and totalizer removed from my 210. It never seemed to work all that well and I never trusted it. I am fortunate to be a sole owner/operator of a plane that has no problem flying with full fuel. I know the fuel consumption from experience and estimate fuel available based on power setting and time flown. Then I match my guess with the reality shown on the fuel truck. I keep a log of hours flown in the plane, know when the plane was last filled and trust my calculations better than any gauge or instrument.