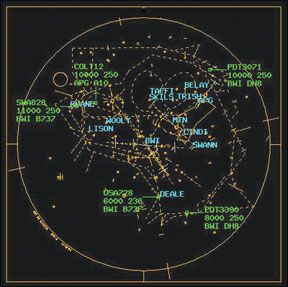 The sidebar discussion “Safer Descents” (September 2007) called the four horizontal lights in the pictures a “VASI” (Visual Approach Slope Indictor). In fact, what was photographed was a “PAPI” (Precision Approach Path Indicator). A VASI consists of two or three pairs of lights arranged in a vertical fashion. As its name suggests, a PAPI provides a more precise indication to the pilot of his aircrafts position relative to the set glidepath.

Thanks, Bill. Youre right, of course. In our meager defense, they all were called “VASIs” way back when we were getting trained up. Nowadays, there are several devices with different names accomplishing the same task. We fell back to the older term.

Regarding our exchange on taxi into position and hold (TIPH) operations at non-towered airports (Unicom, July 2007), I spoke with Gary Koff of the FAAs Flight Standards District Office in Denver. His view is that TIPH does not apply to non-towered airports.

His view matches mine: TIPH at non-towered airports is equivalent to roller skating in a buffalo herd on the runway. You can do it if youve a mind to, as long as you dont disturb final approach and landing traffic. Gary agrees, per FAR 91.113(g), that final approach and landing traffic has right-of-way over everyone else, except someone who just landed and needs time to get out of the way.

In Garys opinion, enforcement inspectors would subjectively decide upon enforcement action against a TIPHr based on how closely the TIPHr interfered with final approach or landing traffic. Garys view reflects “Taxi into Position and Hold (TIPH): Guidance for Pilots,” effective February 5, 2007,

www.faa.gov/runwaysafety/pdf/TIPHpilots.pdf, in which not one example of TIPH operations is offered for operations at non-towered airports.

In summary, a pilot can be guilty of an FAR violation using TIPH at non-towered airports.

This is all about semantics: On one hand, theres the TIPH clearance at a towered airport. On another, theres the question of whether or not its legal to take the active at a non-towered facility while someone exits at the other end and someone else turns base-to-final. The major distinction is the presence of an operating control tower.

What we really need is a different term describing taxiing into a runways takeoff position while someone exits the other end when a tower is not operating. Since the FARs dont address this activity, violating someone for it-without there being an associated accident or incident-would be a stretch.

The FAAs rules are permissive in nature and cannot contemplate every situation. In other words, if its not specifically prohibited or regulated, its allowed. Notwithstanding the guidance you reference, theres no regulation addressing TIPH at non-towered airports. There is, of course, something about “careless and reckless” operations in the FARs, which often are subject to interpretation.

Finally, of course: Just because its not illegal doesnt mean its smart. Or safe.

I devour your journal as soon as it arrives, since there is always something I can learn in every issue. Augusts articles (

SA, Lost and Found and Its Not Just Talk) brought to mind experiences Ive had that illustrate some of their points very strongly. Im a relatively low-time (1080 hours) private pilot, ASEL, not instrument rated. However, I had good primary training 40 years ago this summer and I use ATC heavily where it is available.

Flying my minimally equipped Tri-Pacer down from Alaska in 1981, I was on the last leg from Laramie, Wyo., to Arapaho County just south of Denver. The weather got nasty after crossing into Colorado; I toyed with Special VFR, but diverted into Nebraska to set down for a while. I purchased a VFR chart for the area and prepared to come into Arapaho County from the northeast instead of the northwest. When the weather lifted, I headed south.

A few miles north of a checkpoint, I called Approach, identified my location, type and asked if they “…had time to work a (no-transponder) primary target into Arapaho County.” I got a quick and friendly affirmative and instructions to report the checkpoint for identification vectors.

Shortly thereafter I heard a call from a Cherokee pilot northwest of Denver who sounded unsure of himself. The response from Approach was the fastest delivery of directives Ive heard, of course including a squawk code. The caller stumbled back with “Uh, I dont have a transponder.” Approach sent him packing with a terse “unable to handle without transponder” reply. However, when I called in at the checkpoint, I got a “turn to heading 200 for identification” and, shortly after, a positive ident response. I got traffic advisories into Arapaho County and I responded with a big “thank you” when I was handed off to tower.

On the other side of the coin, the controller isnt always right. Last September, I flew into Bellingham, Wash., in my Skylane. When Victoria Approach handed me off to the tower, I was directed to enter a right downwind for runway 16. The instruction confused me, since there were several aircraft of various performance levels in the pattern and the controller was asking me either to fly over the airport or a long way around it. I asked for clarification, stating that I was northeast. He repeated the instructions, but something in his voice made me very uncomfortable.

As I was nearing the approach end of the active and continuing would have me directly crossing the path of at least two aircraft on final. I did an immediate 180 and informed the tower. On re-establishing contact with Victoria Approach, they asked, “Are you the guy that cant find Bellingham?” I firmly told them that I knew exactly where Bellingham was, but Bellingham had no idea where I was. Shortly, I was handed off with a more appropriate approach and landed without further incident.

After clearing Customs, I called the tower, explained the situation and asked-nicely-what in the heck had gone on. Turns out, there was a new trainee working that position who hadnt paid attention to my location information, presuming I was arriving from the south. Also, I was told Victoria Approach often does not relay location information on handoff.

Fortunately, we could share a shake of the head at the learning curve of a new controller. But I hate to think of what might have happened had I simply tried to comply, without the SA Id gotten from the radio traffic.

Letting Down The Pax

Letting Down Easy (September), judged by my 51 years of flying, left out the most critical issue in descent planning: pressure changes.

The critical factor for me is 300 feet per minute for passenger comfort. This turns out to be 1500 feet every five minutes. So, a descent of 9000 feet takes six 5-minute units, or 30 minutes.