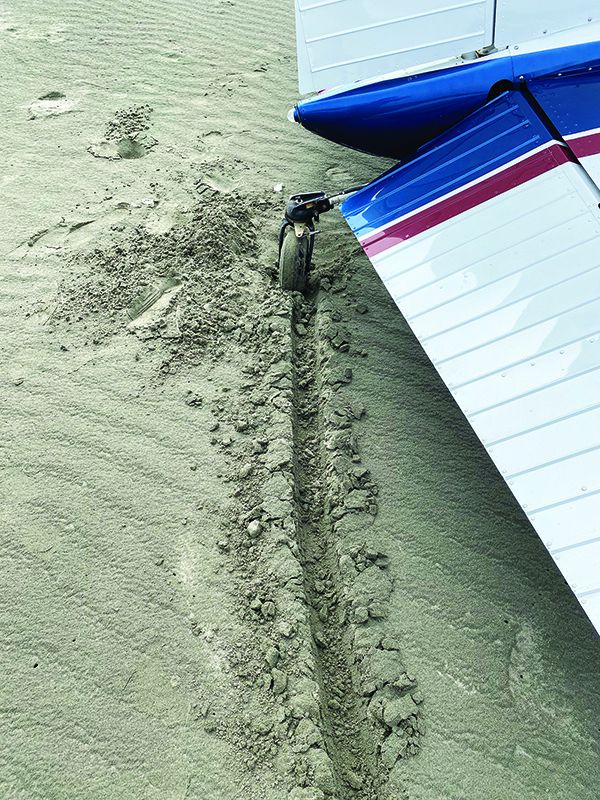 With reference to Mike Hart’s article, “Landing On The Shore” in the October 2020 issue, I, too, have utilized many remote mountain airstrips, including many in his native Idaho. I, too, enjoy the adventure of new challenges, but have some questions about his tradeoffs between legal versus safe. In a sidebar, he documents the legality of departing VFR with a mile visibility and a 400-foot ceiling, albeit with a few “holes,” but knowing of blue skies above. Flying at 400 feet over a gray ocean under a gray overcast is much like the “white-out” conditions encountered over snow on a cloudy day, or, for that matter, skiing in equivalent conditions.

I wrote you once before a few years ago about one of his articles in which he relished flying “on top” at night over the high mountains of central Idaho. Beautiful, I’m sure, but with no margin of safety in the event of an engine failure. (Unlike me, I guess he has not yet experienced one in the mountains.)

The type of person that is likely to visit the Copalis site is a private VFR pilot in a tricycle gear aircraft (not a good choice in sand), and one who is more than likely to enter IMC and become disoriented in the conditions described in this article. Better, safer choices for a “bucket list” are Furnace Creek and Leadville, Colorado (I have been to both).

I wonder whether this article is appropriate for an “aviation safety” magazine. I’m not sure Robert Wright would approve.

Where to start? First of all, I hope it won’t surprise you to learn we disagree.

An underlying principle of this magazine is to explore the risks of personal aviation, identify them and communicate ways to minimize them. Put another way, “We know you either want to do this or will, but it’s tricky, and here’s why. If you’re going to do this, or something like it, here’s what you need to know, here’s how to find the resources necessary to make an intelligent decision and here’s what not to do.”

Mike’s article detailed the peculiar nature of his planned destination and his efforts to comply with FAR 91.103’s mandate on preflight action—to be familiar with all available information concerning a flight—going so far as to consult pilots who have flown into that beach airport before as well as YouTube videos and the Washington state Department of Transportation’s web site. By recounting his pre-flight actions, Mike set a high standard for researching flights to unfamiliar destinations.

While Mike’s adventure might not be for everyone, by detailing his thought process on departure, the article pointed out the challenge local weather posed, how he was equipped and trained for it, and how he managed the risks posed by his solution, all while observing the rules and ensuring he always had options. It doesn’t get more safety-oriented than that.

I understand your reasoning for recommending not adding power in steep turns, but the ACS requires a constant airspeed. The increased drag caused by the load factor requires an increased angle of attack, resulting in increased induced drag. To maintain the airspeed, constant increased power is required. I enjoy your magazine.

Thanks, Morris, for correcting us on our math. And you’re right about the ACS. It’s just that we’ve always found it easier to not adjust power and accept the slower airspeed, which so far has remained within allowed tolerances.