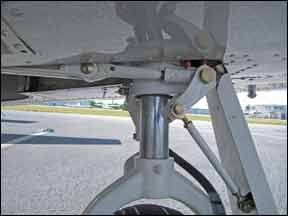 I was very pleased to read the “mea culpa” and clarification in your May issue to the effect that pilots of certified aircraft do not have to make their own independent calculation of the appropriate indicated VNE speed for each altitude within its operating altitude range. As you noted, FAR 23.1545(c) requires the manufacturer to make that information available to the pilot in the language you put in bold in the

You have a great magazine which is studied carefully by pilots interested in safety. So it is very important that misleading articles be corrected or clarified as you did in this instance. Congratulations to your readers who caught the error and to Aviation Safety for the correction.

In your May 2011 issue, “Think Outside The Box” is a great self-exploration, one we all should perform after any “special” flight. In this article, the author described flying with the gear down to get back home to her usual A&P for investigation, which revealed other related problems. The same issue has an article on airworthiness which points out that flying with known discrepancies may require an inspection, ferry permit, log entry, placarding, etc.

While it certainly is legal to fly with the landing gear left down, it is not legal to fly with a broken retraction mechanism without properly investigating the cause and logging the results. In this episode, the Comanche was able to complete the return flight to find the other problems, but things could have turned out otherwise if a bit more time had transpired.

Also not to be forgotten is the fact emergency personnel probably documented their trip to accompany the landing, and our friendly FAA folks could easily have used that as cause to review the paperwork related to the lack of ferry permit after the fact.

The WINGS Program sidebar in Aprils “Your Next BFR” incorrectly describes the program, which was changed several years ago. The 20 phases were replaced with three levels, Basic, Advanced, and Master. The old requirement of one hour of ground training and three hours of flight training was replaced with a “credit” system that is not directly tied to a specific number of hours but rather to the pilots current competency level.

Participating pilots essentially develop an individual proficiency plan requiring three ground credits, which can be obtained through a number of activities including WINGS seminars, and then three flight credits. The flight credits are earned by demonstrating PTS level competency in the subject areas selected by the pilot from an extensive menu of options, allowing for a highly individualized proficiency program.

You correctly noted completion of a level can count as a flight review, and flight instructors can now renew their instructor certificate through the program as well.

Those of us who fly professionally have a variety of programs available to help keep our skills at the highest level, but the WINGS proficiency program is the only formal continuing education program GA pilots have to keep their skills sharp, and I encourage every pilot and instructor to participate. All that is necessary is to register at www.faasafety.gov, or contact a FAAST Representative, and youre on your way.