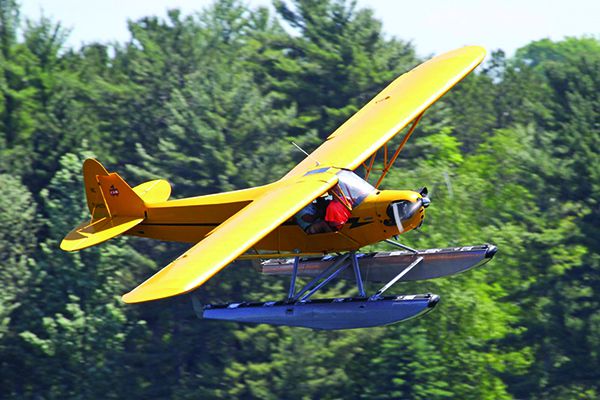 I love Aviation Safety, and actually read it. The May 2021 article, “Moose Stalls,” echoes a difficulty also seen in soaring, the stall-spin in the turn from base to final, where the glider is closest to the ground.

Your box on page 5, “Steep Turns, Low To The Ground,” implies that the danger is angle of bank. While stall speed increases with bank angle, a steep bank actually decreases the risk of a spin. There is a greater risk of spinning with a shallow bank close to the ground. This is pretty well understood in soaring. Here’s the mechanism:

1. The pilot, for any reason (fear or prior instruction), tries to maintain a shallow bank while turning at or below the pivotal altitude.

2. The rate of turn for any reason (wind, misjudgment) is less than expected. The wingtip moves forward across the ground when we’re low, falsely implying a slowed turn rate. In response,

3. The pilot rudders the ship around (creating a skidding turn, slowing the inboard wing). Meanwhile,

4. The speed feels fast because of the earth is close (the ground goes by faster), and the pilot reflexively slows without glancing at the ASI, leading to,

Have you experienced a cross-controlled stall lately? The aircraft snaps the wrong direction in a flash, where there’s essentially no room (altitude) to recognize and recover (who is able to reflexively point the nose to the ground when that close and falling already?).

I was taught decades ago that a 45-degree bank is the safest bank because the aircraft doesn’t spin out of a steep bank—the nose drops.

Another important factor is that the air is most turbulent near the ground, especially on sunny, breezy days. This turbulence is invisible to the pilot, so it’s always a surprise. Because it’s invisible, it’s never detectable as a cause of loss of control. This turbulence creates, sometimes, vortices smaller than an aircraft wingspan, which instantaneously change the angle of attack of only one wing or a portion of it. This can stall a wing (or both) or even invert an aircraft, especially in mountain conditions.

The only way to manage this is with speed and avoidance of areas likely to contain turbulence (thermals, lee-side turbulence, etc.)

I believe that it is very important for pilots to attain skill in, and currency in, ground-reference maneuvers, so that low-altitude turns do not involve unfamiliar sensations. In that regard, it’s important to note that the accidents cited by Colleen Mondor involved very experienced pilots. Hours do not immunize us against mistakes!

She promotes AOA indicators. While these are useful instructionally, at 100 feet agl, in turbulent air, an AOA indicator is a retrospectoscope.

Thanks, Dan. We’d certainly agree that cross-controlled stalls—as we might encounter when overshooting the turn from base to final—are relatively more sudden and violent than the straight-ahead kind. Interestingly, the lede image for that article, reproduced above, actually shows some of the control displacements leading to a cross-controlled stall, with the rudder deflected to the outside of the turn and ailerons positioned to counter the over-banking tendency.