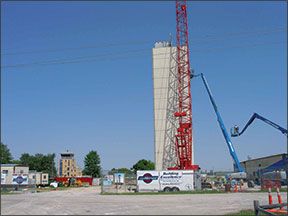 While I don’t like to pay more for flying than I currently do, nor do I want see the U.S. kill general aviation through predatory user fees like in Europe and elsewhere, we need to be more open-minded about user fees. And I would like to provide a differing perspective to user fees, specifically regarding the FAA’s incremental ATC costs to support the Experimental Aircraft Association’s (EAA) AirVenture.

A few years ago, the FAA paid millions of dollars for a great-looking control tower at OSH—was it really needed? Let’s agree it was a good investment of public funds to support the one week of AirVenture. Most of the year, the traffic count at OSH is very low and the old tower did just fine. And let’s consider that cost as part of ATC infrastructure costs. That is why I’m focusing on incremental costs, not total costs.

The question then turns to incremental ATC costs associated with AirVenture—greater number of controllers, overtime, travel, etc. Why should the general body of taxpayers subsidize these incremental costs for a very select few who choose to fly their airplanes to an air show?

Let me give you an analogy: If I want to see a movie, I pay for the movie ticket; if I choose to own a car, I need to pay to register it; if I’m on the transient ramp, I need to pay the tiedown fee. It comes down to the economic philosophy of who pays for services when the recipient of the service also creates incremental costs.

Specifically regarding AirVenture, which I love and have attended during the last 28 years, including 2013—it pulls in millions in entrance fees, parking fees, concession fees, camping fees, sales of EAA-branded products, etc. Of course, there are also costs associated with AirVenture, so the net is lower.
What is AirVenture’s net? If the organization isn’t willing to share this information, then it should not be complaining about paying for FAA incremental ATC costs.

We already have a bad image with the public of being rich, spoiled people who fly dangerous little airplanes and expect them to subsidize our little folly. A blind attitude against user fees simply exacerbates this perception.

What are the solutions? One, EAA pays for incremental ATC costs through the funds generated by AirVenture. They have to be truly incremental costs—let’s not throw in capital costs, say, associated the new tower. Two, pilots who choose to fly into OSH pay an ATC fee similar to a parking fee. A third choice might be a combination of the two. I look forward to differing opinions.
Luca F. Bencini-Tibo ATP/CFII
Weston, Fla.

The EAA’s annual report for the year ended February 29, 2012, available at www.eaa.org, shows gross AirVenture receipts of $13.067 million against $9.356 million in expenses. The FAA’s heavy-handedness is as much an issue as the fees themselves. For more, see the editorial on the opposite page.

Is Anyone Listening?
Your magazine presents useful courses of action in risk management for pilots, the discussion of flight-risk assessment tools in the May 2013 issue among other examples.

I recently took this screenshot of the NTSB YouTube channel’s index. I thought it interesting to note the number of hits on each video: The Risk Management video was not even close to the top in number of views. Does this indicate a majority of pilots are blind to the inherent value of risk management in their flying activities?
Peter Martin
Lismore, Australia

Good question. We’d guess it has a lot to do with a pilot’s independent, “nothing can happen to me” nature, and that risk management isn’t “sexy.” We confess we haven’t had the chance to watch them. We’ll fix that soon, however, and will report back in a subsequent issue.